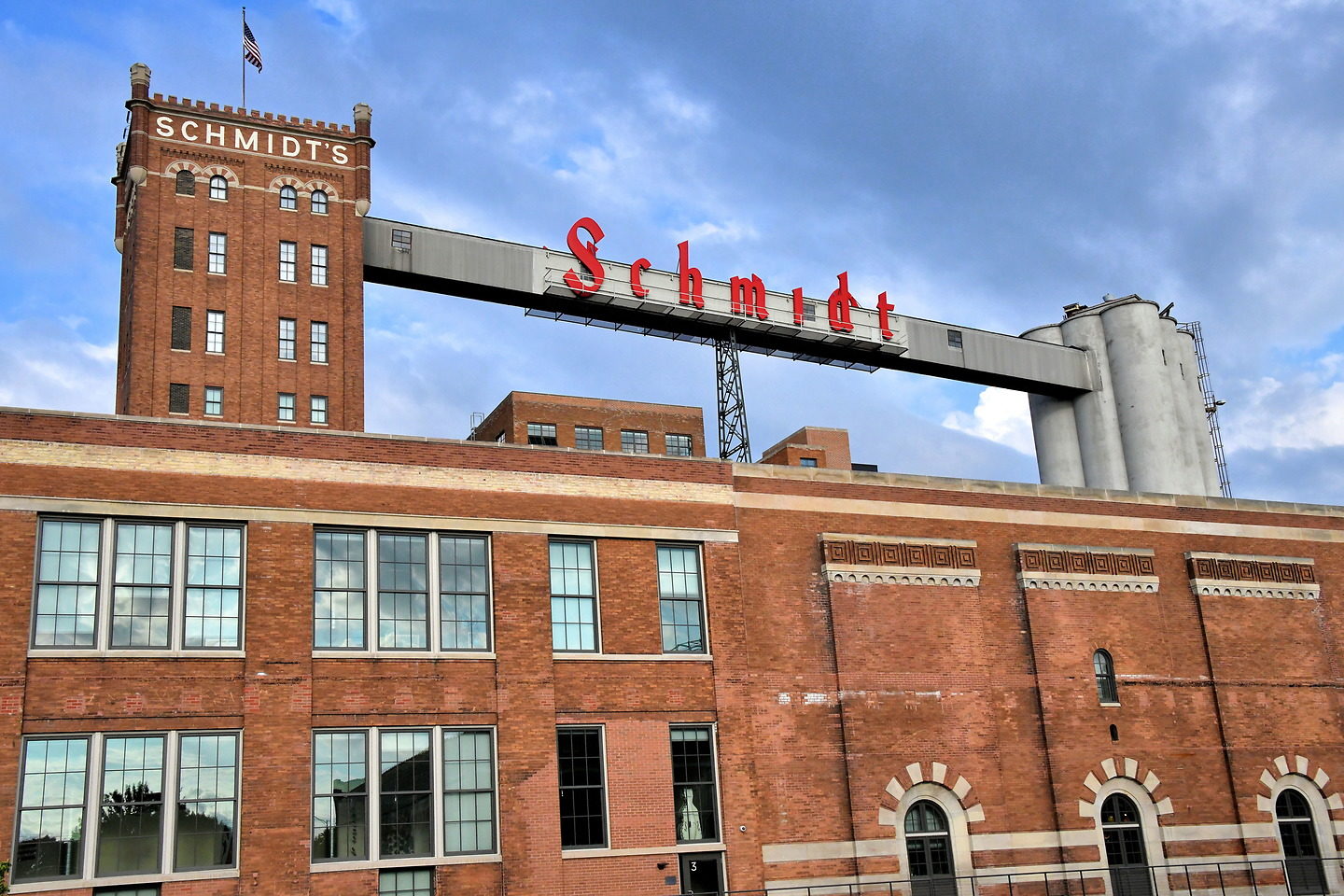 In 1855, Christopher Stahlmann founded Cave Brewery. It became the state’s largest producer of beer until it was purchased by St. Paul Brewing in 1898. Two years later, it was sold to Jacob Schmidt. At the time, he was a brewmaster for competitor Theodore Hamm Brewing Company. Soon afterwards, the Jacob Schmidt Brewing Company built this plant with the now iconic sign along the elevated catwalk between the grain elevators and the crenellated tower. Unlike most liquor manufactures, Schmidt’s remained operational during prohibition selling near beers. After the twenty-first amendment was passed in 1993, the brewery blossomed. Schmidt Brewery was purchased by four successive companies starting in 1954. It closed in 2002. Since 2012, the property has become Schmidt Artist Lofts, a development of 250 apartments and townhouses.