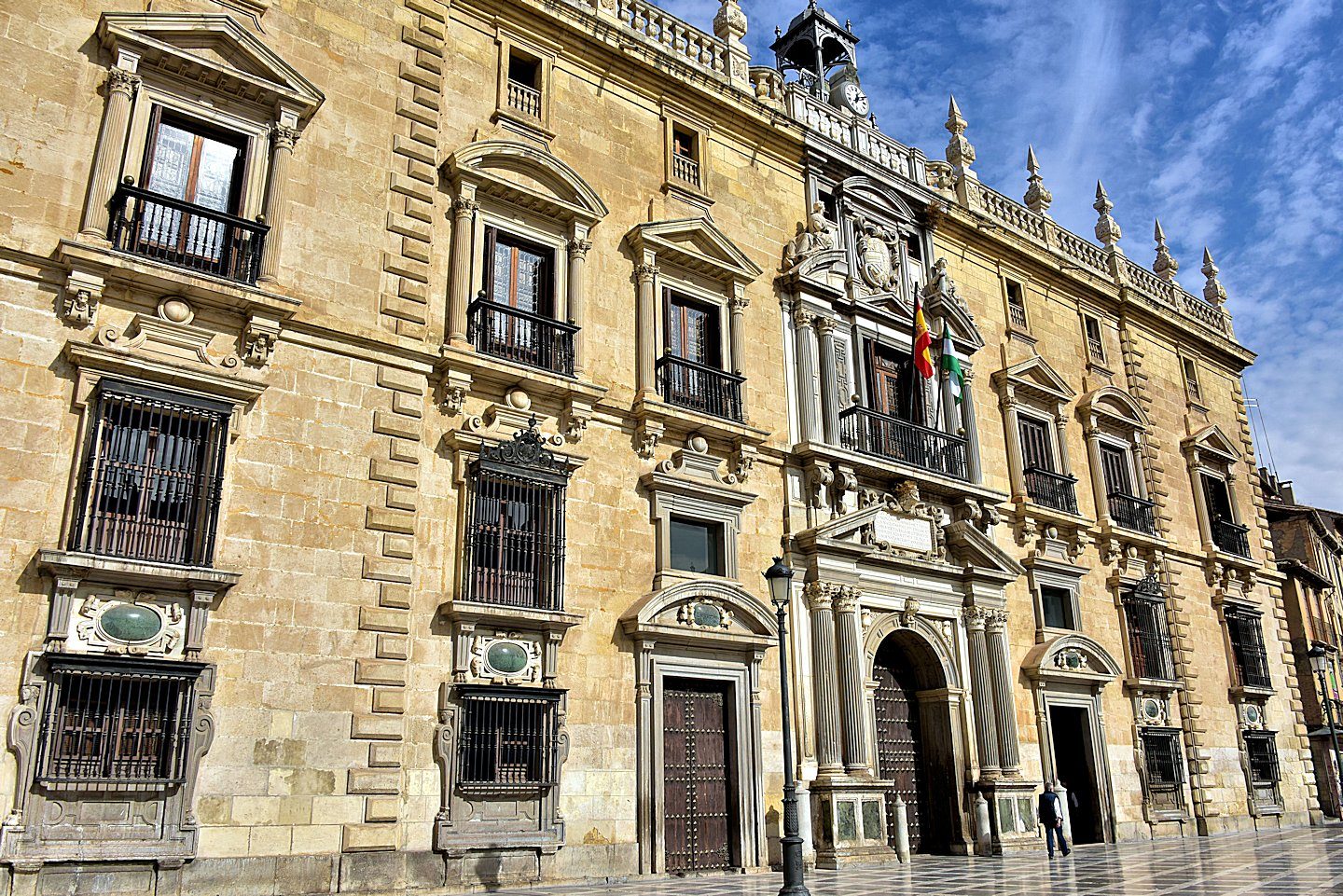 From 1505 until 1834, the Royal Chancery of Granada was the highest court for the Kingdom of Granada. Much of this courthouse was constructed during the 16th century. The clock also dates to the mid-1500s. After Andalusia was constituted as an autonomous government, this became the Tribunal Superior de Justicia de Andalucia in 1989. The High Court of Justice of Andalusia has final jurisdiction over all court decisions in Andalusia. It is only subject to the powers of the Supreme Court of Spain.