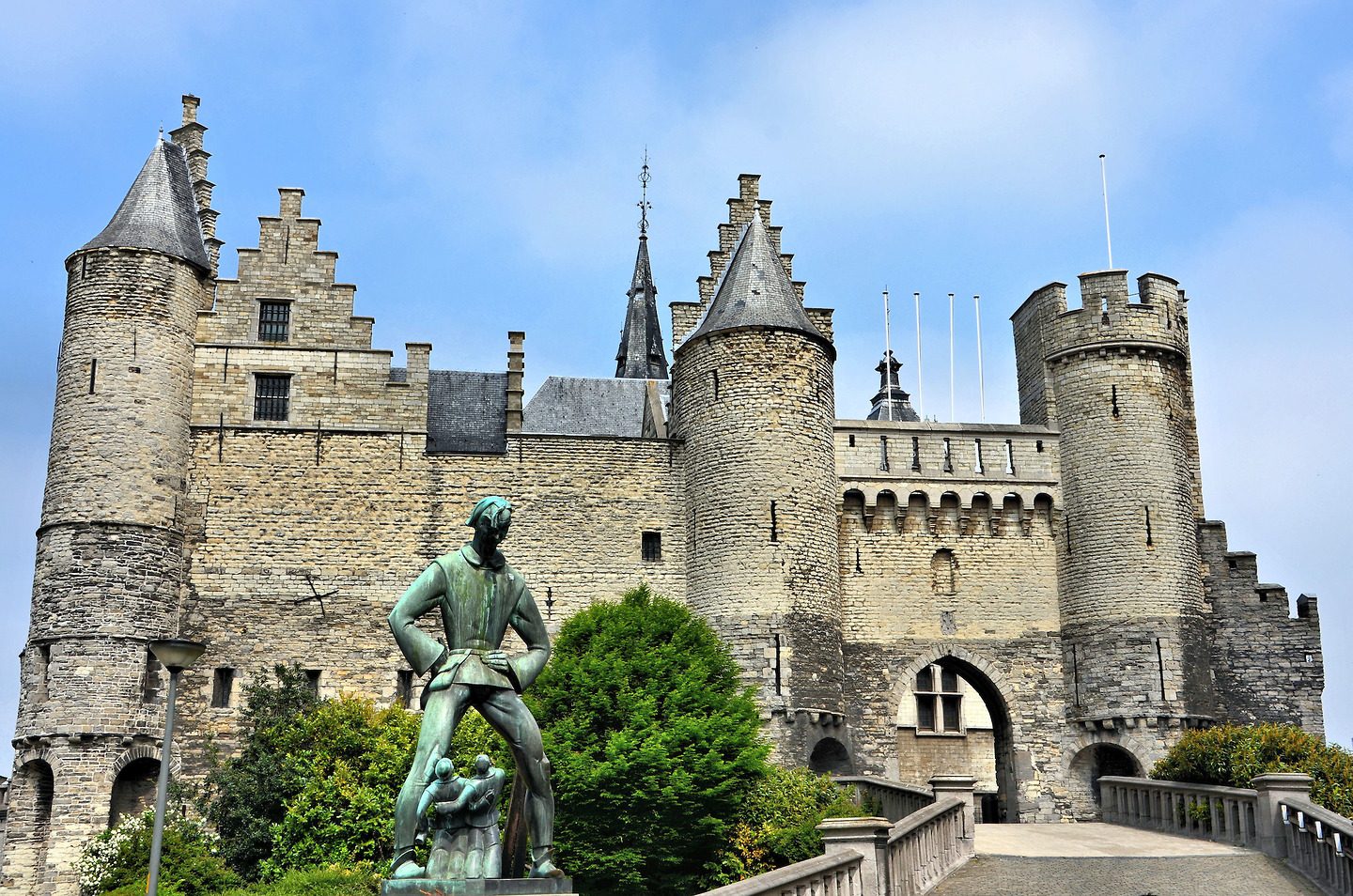 Around 950 AD, Emperor Otto I built a castle along the Scheldt River to defend against Viking attacks. Part of the original structure remains at Het Steen although most of today’s stone fortress was built in the early 13th century. It was later used by Charles V, ruler of the Holy Roman Empire, and then as a prison. It is now a shipping museum. The statue is Lange Wapper, a giant who has been part of local folklore since the 16th century.