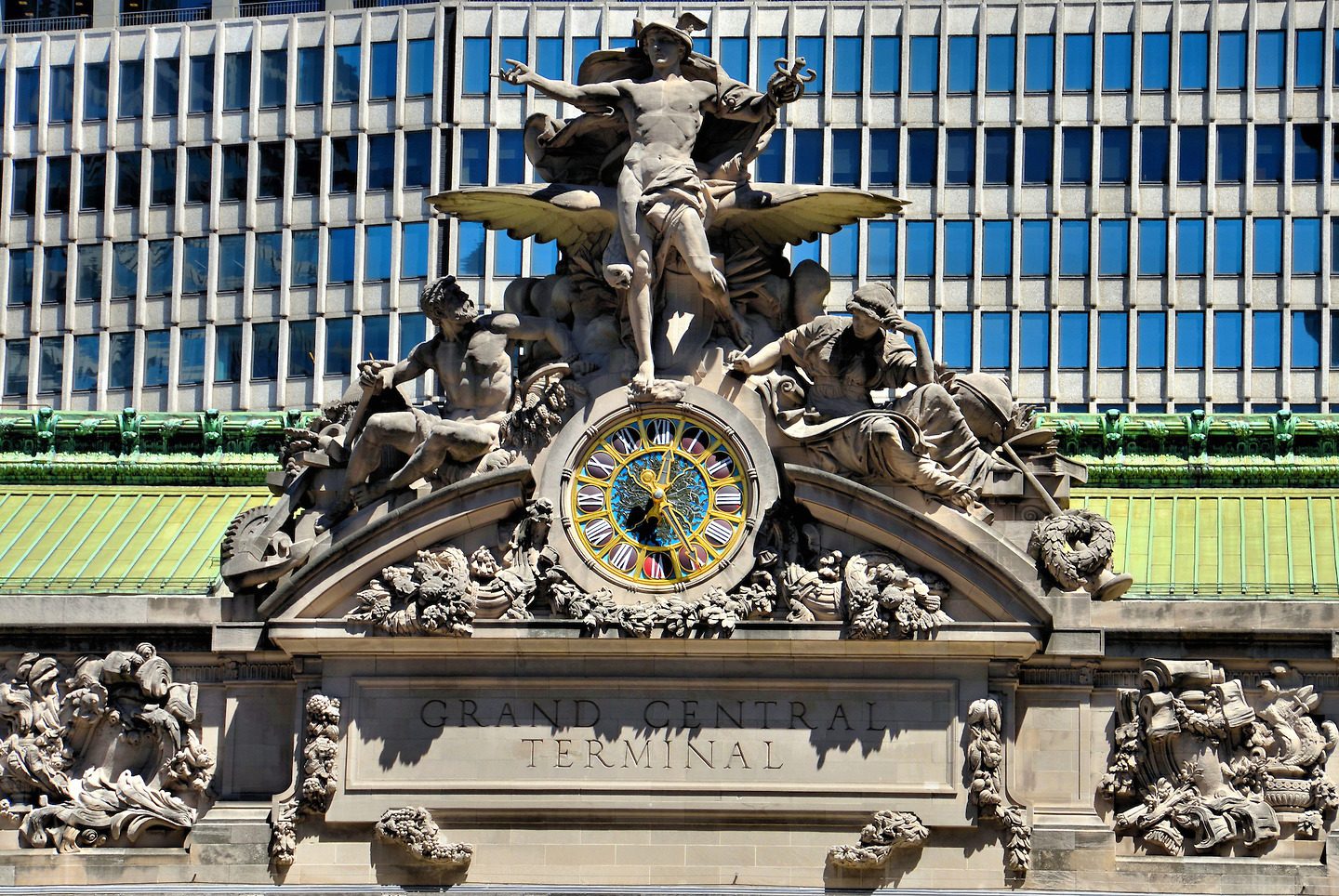 On top of this 14 foot Tiffany glass clock on the 42nd Street façade of Grand Central Terminal is a statue of Mercury. He is, among many things, the Roman god of travelers. Mercury is shown wearing a winged hat called a petasos. He is also holding a rod with two intertwining snakes. This is a caduceus staff. At his feet are Hercules and Minerva. This ensemble is named “Transportation” and also “The Glory of Commerce.” They were made from Bedford limestone, weigh 1,500 tons and were created by Jules-Félix Coutan in 1914.