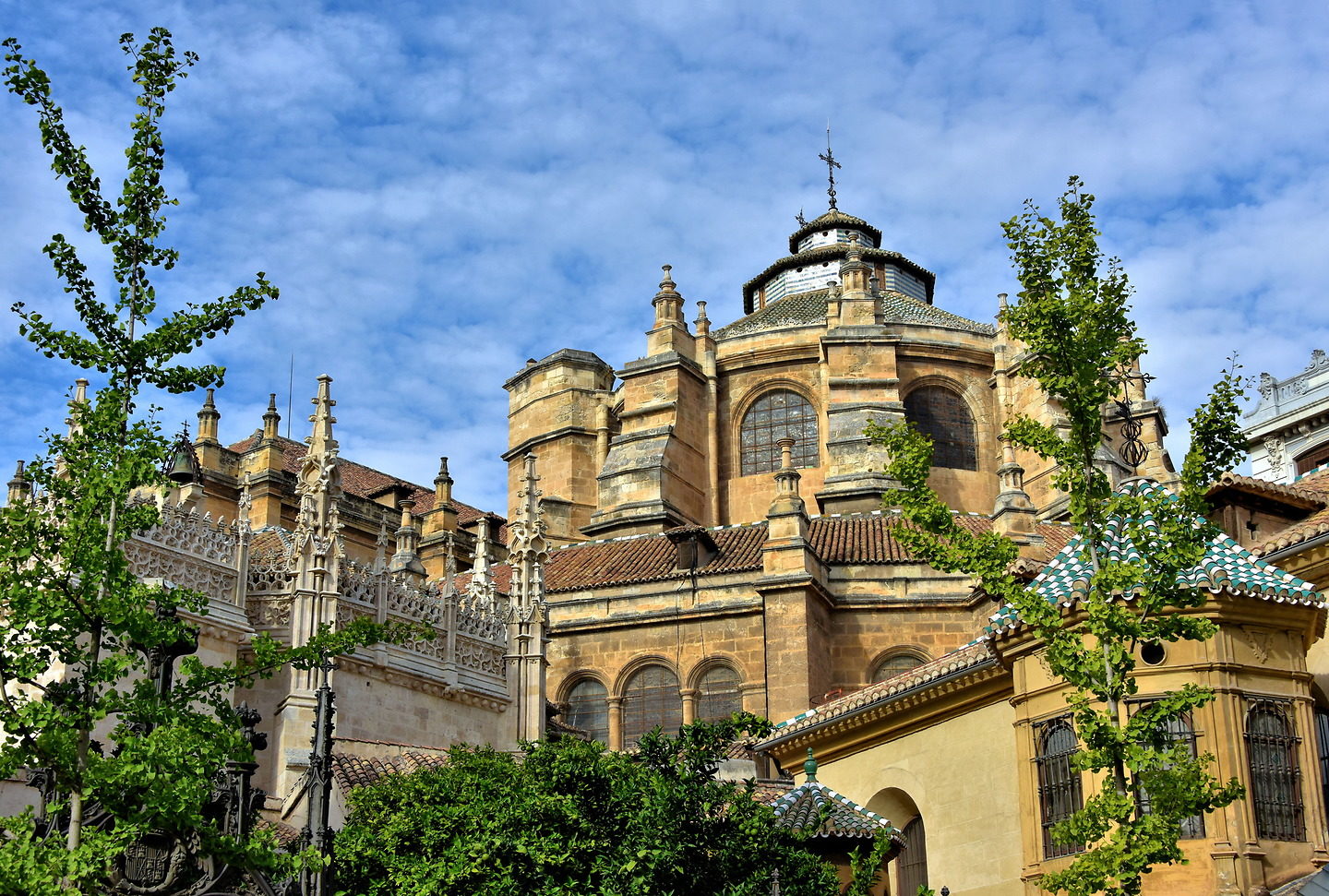 1492 was a monumental year in Spanish history. While the Catholic Monarchs financed Columbus’ discovery of the New World, they also conquered Granada. This final defeat of the Nasrid Kingdom in the Iberian Peninsula ended the 700 plus years of the Spanish Reconquista. Granada remains a visual testament to the historical events from the mid-13th century though the 16th century. One of the most significant is the Cathedral of Granada, built on the foundation of a grand mosque. This epicenter of Granada is a great place to begin your tour of the city.