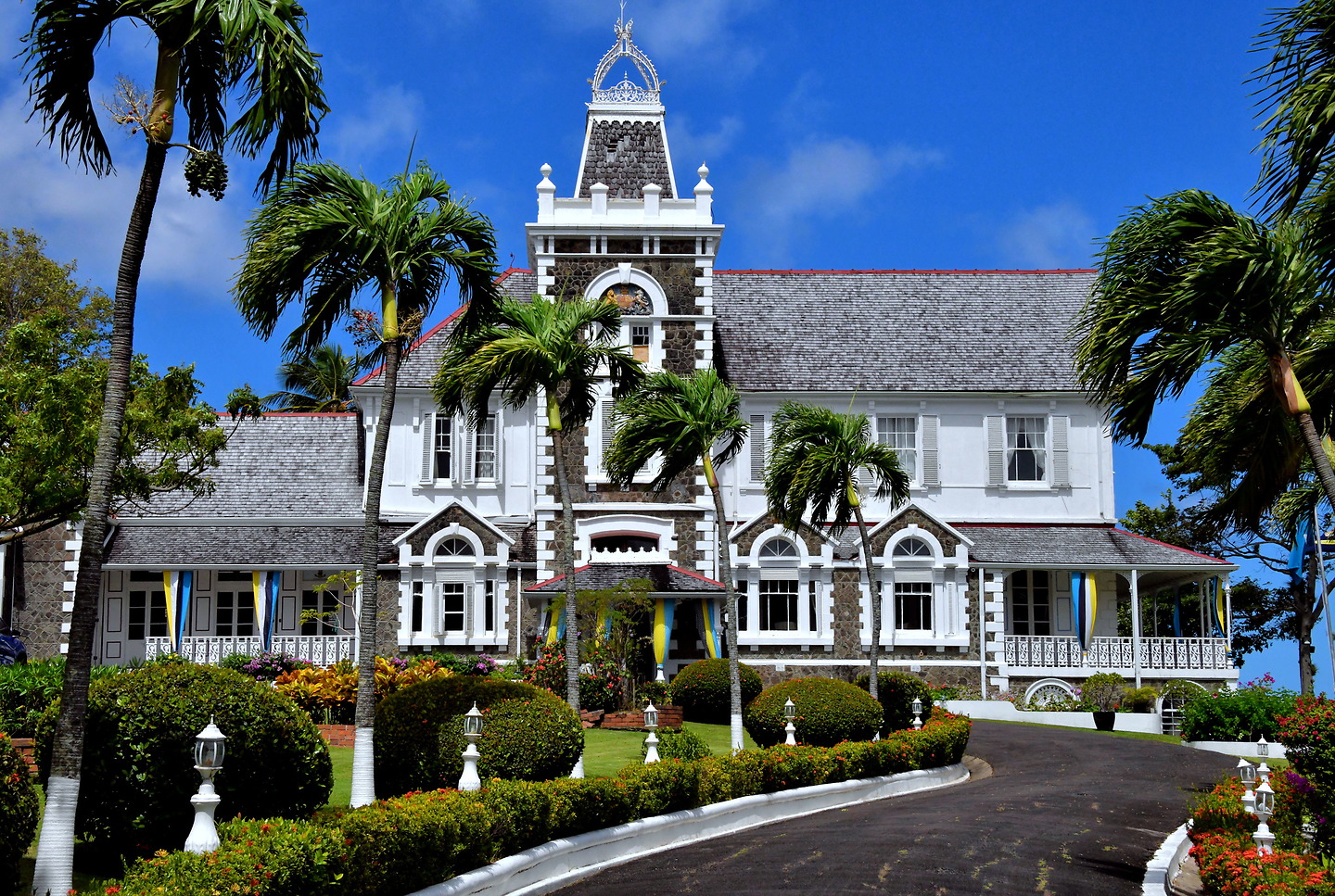 Before leaving the overlook at Morne Fortune Layby, walk about half a block to see the impressive Government House. After construction was completed in 1895, the Victorian building served as different government offices during the island’s political evolution. In 1979, Saint Lucia became independent as a British Commonwealth. The U.K. monarch is the head of state who, in turn, is represented by the governor-general. Since then, the Government House has been the official residence of the governor-general.