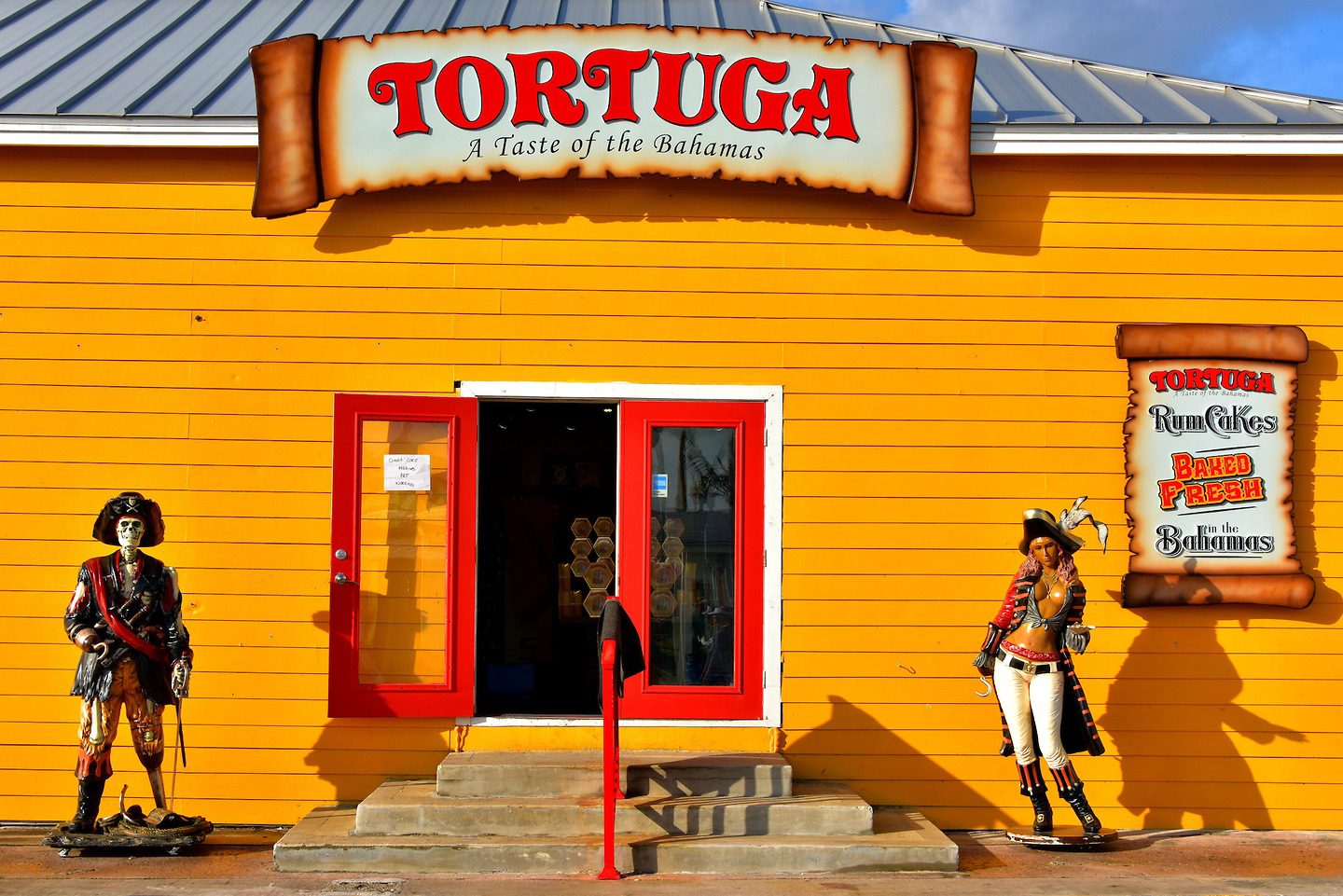 This namesake of this duty-free liquor store at the Freeport Cruise Terminal is Tortuga, an islet off the coast of Haiti. Beginning in the mid-17th century, this was a haven for the Brethren of the Coast pirates including Captain Morgan. The Bahamas was also active during the Golden Age of Piracy. The most notable was the Republic of Pirates established in Nassau from 1706 through 1718. The flag for these seagoing bandits was the skull with crossed swords known as the Jolly Roger. The most famous female pirates were Anne Bonny and Mary Read. Two notorious buccaneers from Grand Bahama prior to 1720 included Blackbeard and Captain Kidd. This island was also used as a location for filming the Pirates of the Caribbean movies.