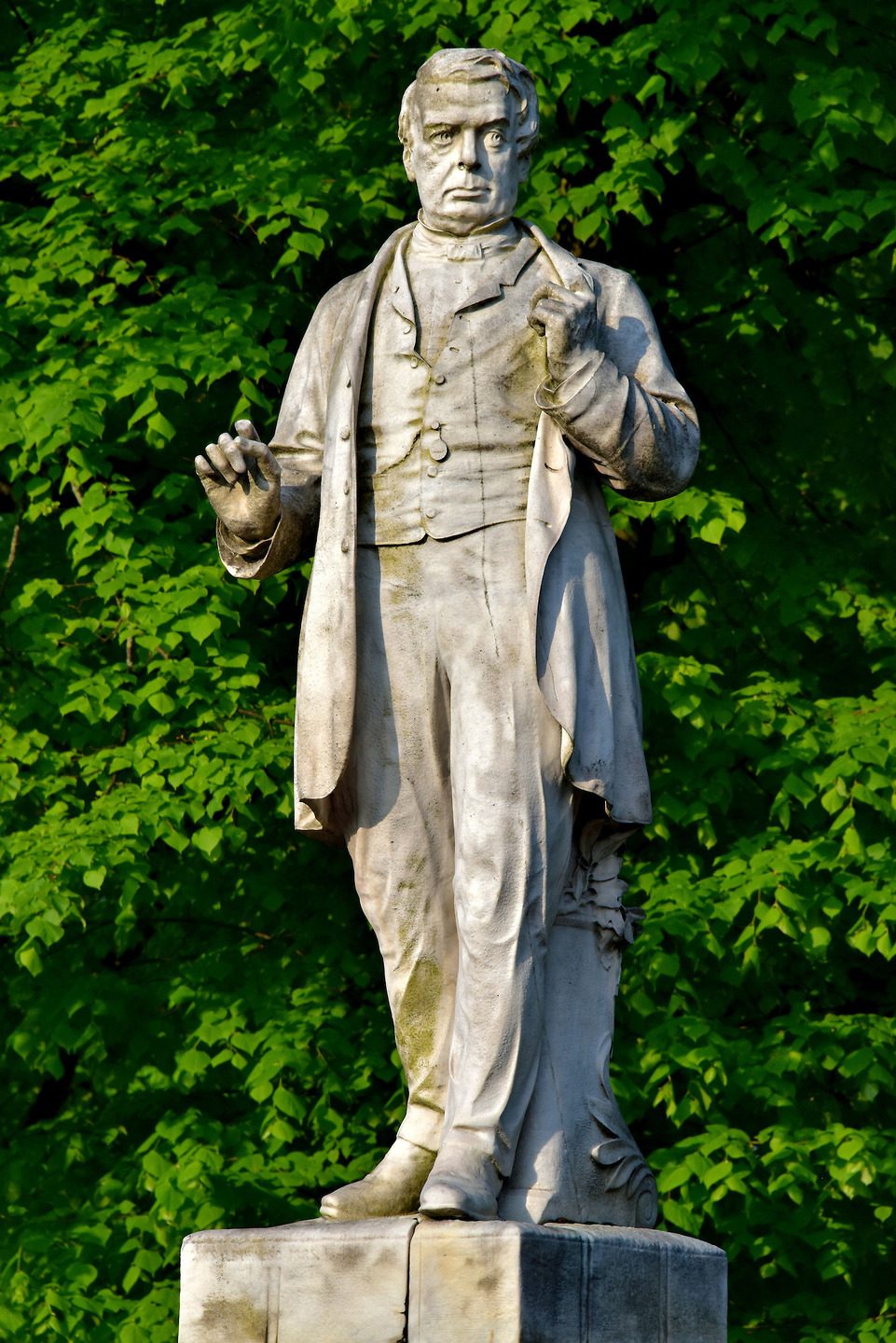 George Leeman was the Lord Mayor of York and a member of the city’s parliament for several terms during the 19th century. There is another reason why his statue by George Walker was erected at the York Railway Station in 1885. While a lawyer, Leman led an investigation regarding the inappropriate financial dealings of George Hudson who headed a major English railroad network. After The Railway King’s downfall, George Leeman assumed his company and merged it with three others. He then controlled the amalgamation called North Eastern Railway from 1855 until 1880. NER still operates today.