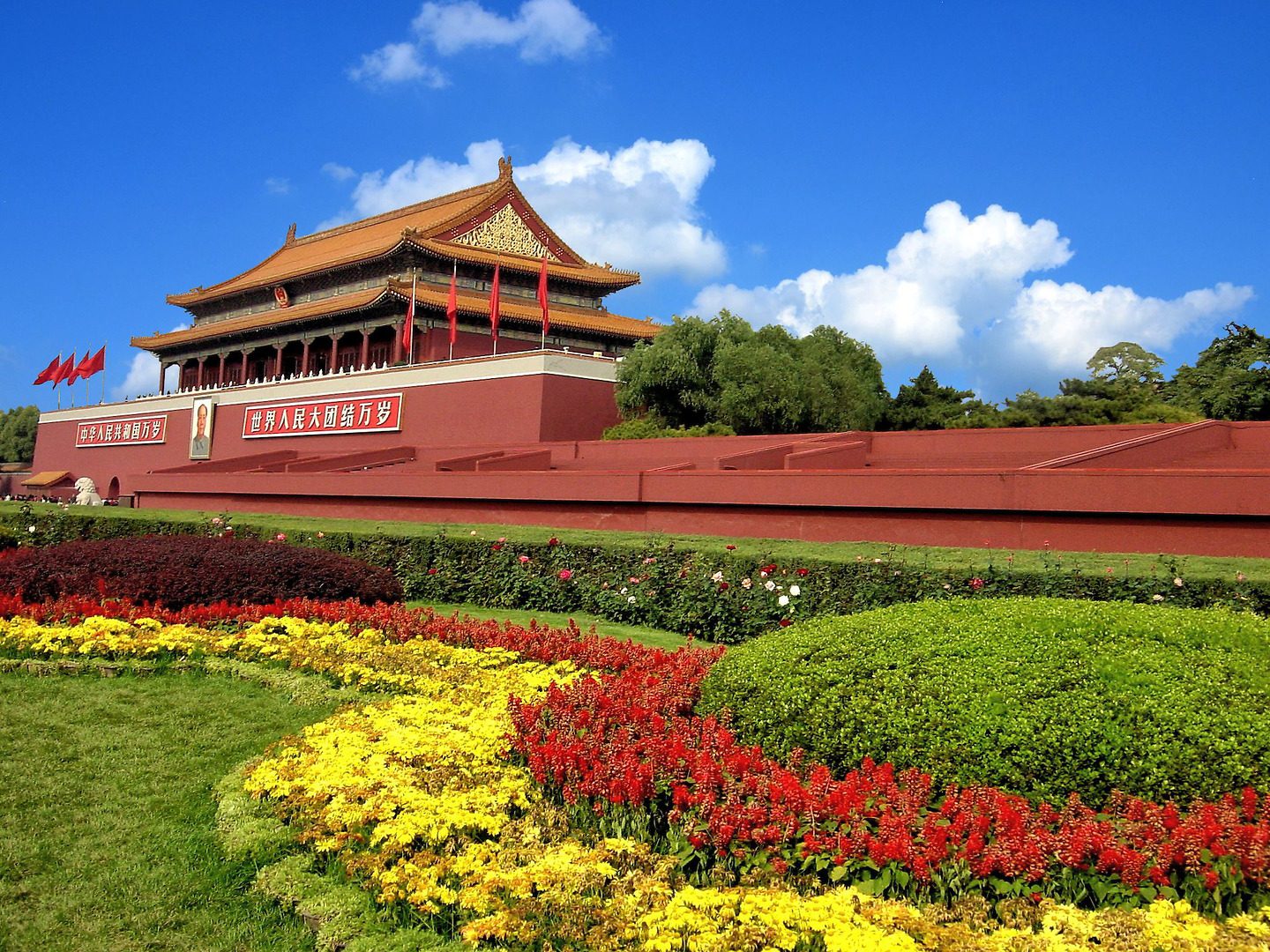 Facing Tiananmen Square in Beijing, China is the Gate of Heavenly Peace. This is the entrance to the Imperial City. It was first built in the Ming Dynasty in the early 15th century. The 1.5 tonnes portrait over the gate is of Mao Zedong. He was also called Mao Tse-tung or Chairman Mao while he was the head of the Communist Party of China from 1949 until 1976. This passage leads to the Meridian Gate or the southern entrance to the Forbidden City. The Chinese Imperial palace contains over 900 buildings.