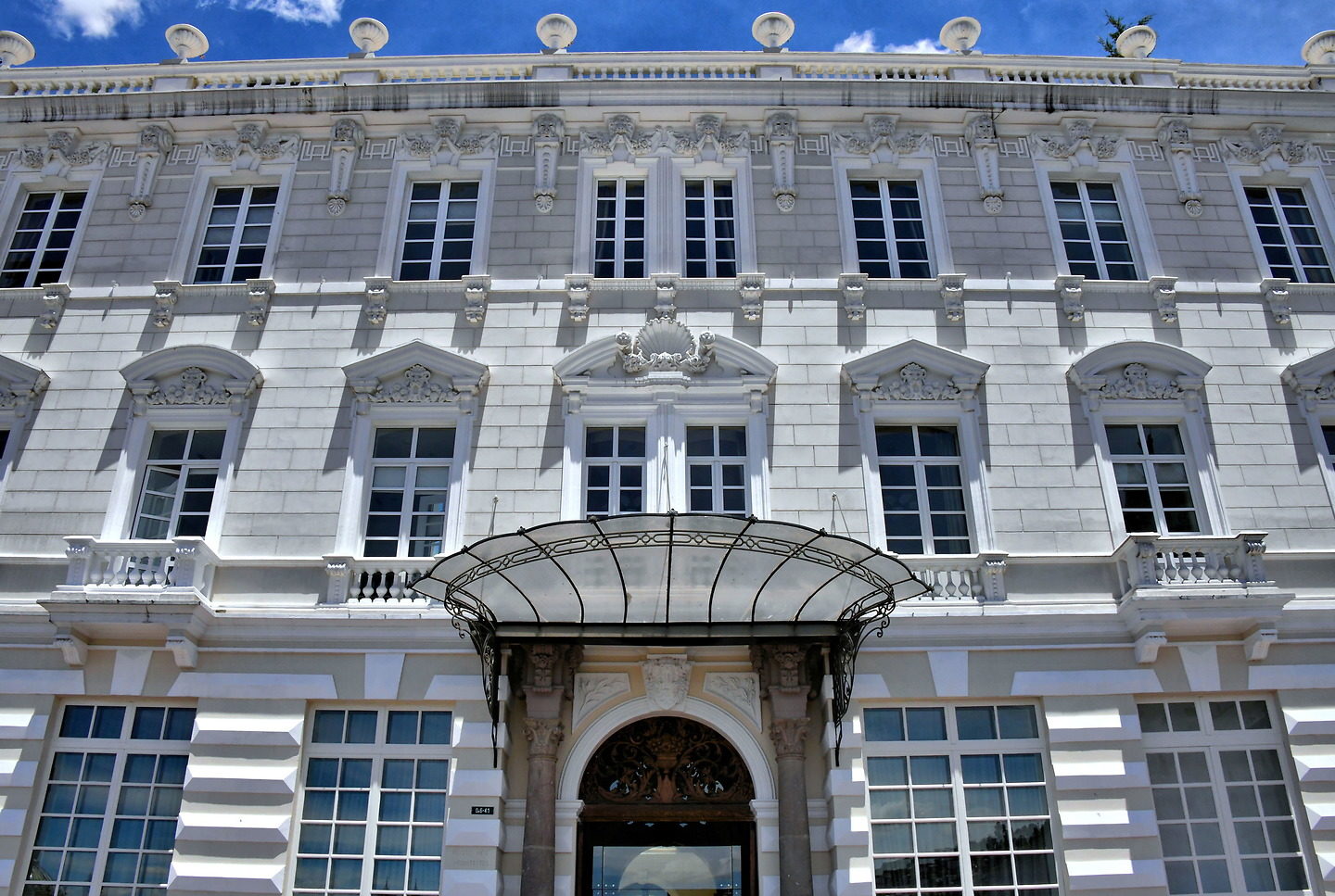 During the colonial period, lavish Spanish residences encircled Plaza de San Francisco. The most famous one anchors the southeast corner: Gangotena Palace. The original mansion was built in 1600 and was called Casa de San Miguel. It was purchased by the Gangotena family in 1840 and passed on for generations until 2007. Although it was destroyed by fire in 1914, it rose from the ashes within a decade more opulent than before. In 2010, the property became the Casa Gangotena Boutique Hotel. Inside, the lavish décor displays Art Deco features and furnishings throughout the common areas and the suites. The luxury hotel is rated five stars and is often ranked among the best in Ecuador.