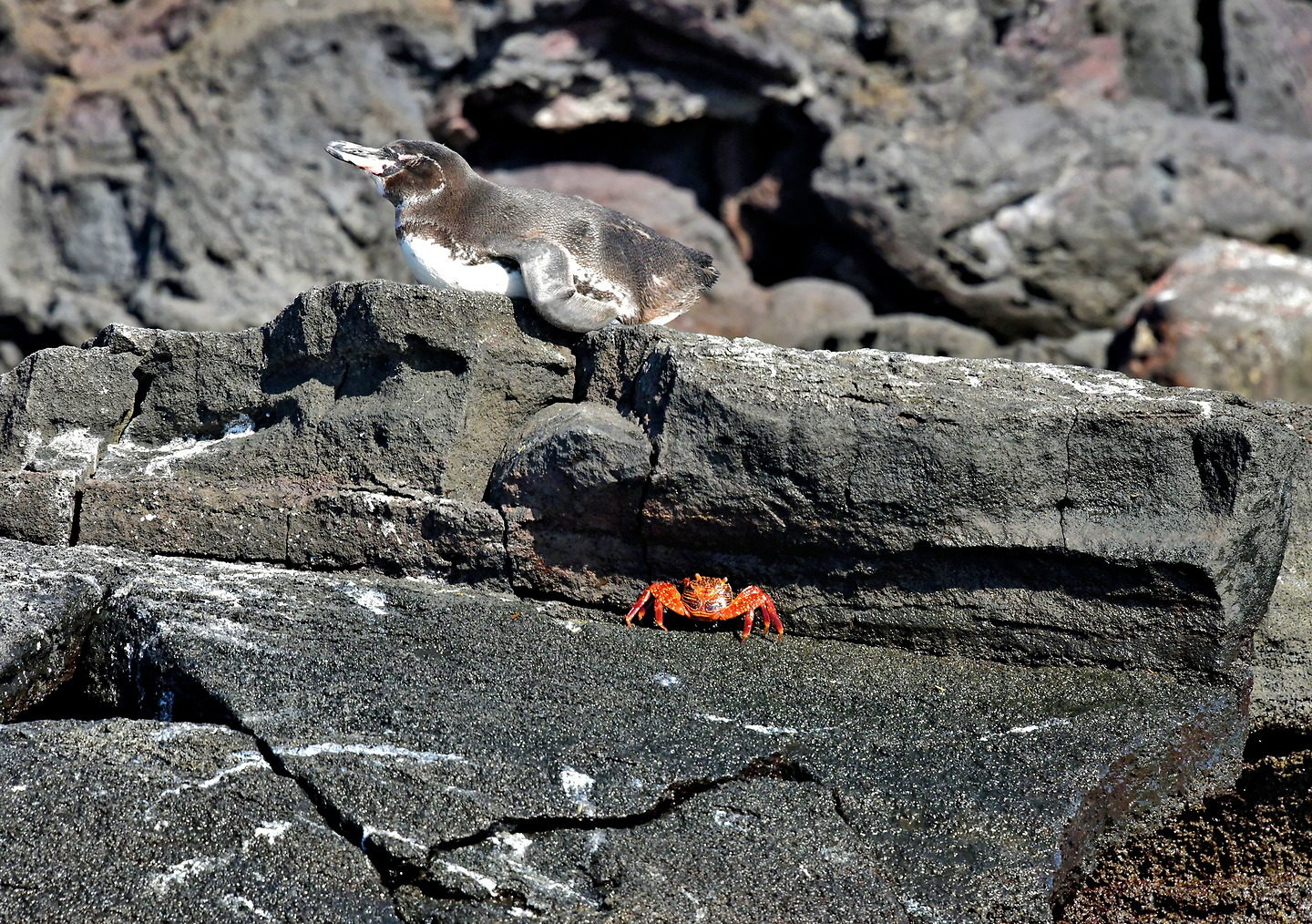 A remarkable surprise while approaching Bartolomé Island is seeing a Galápagos penguin. They are small, measuring about 19 inches long and weighing 5.5 pounds. This endemic species – spheniscus mendiculus – is the only penguin found north of the equator. With a population of 1,500 birds, it is also considered to be the world’s rarest penguin. The majority of Galápagos penguins live along the shores of two western islands: Fernandina and Isabela. So it is a visual treat to find this penguin resting in front of a cave on Bartolomé Island. Also peculiar is seeing them during the day when they are normally out hunting at sea. His buddy is a Sally Lightfoot crab.