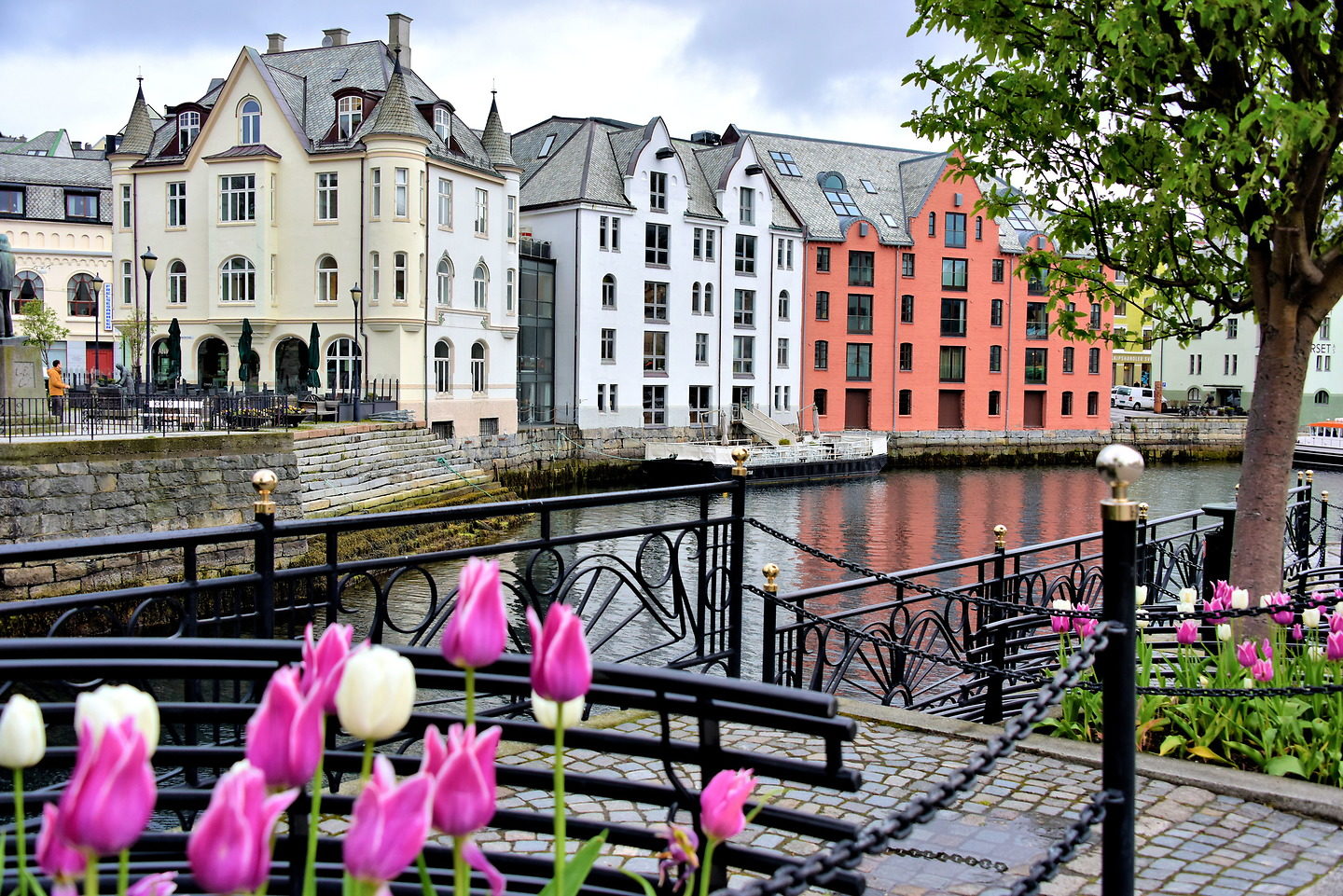 At the end of the 19th century, Ålesund was a cramped seaside town of 10,000 people living in aged wooden houses. These were the perfect kindling for a devastating fire on January 23, 1904. The flames began in a factory at 2:00 AM. By the end of the day, nearly 80% of the homes were smoldering ash. These Norwegians were determined to quickly rebuild (a goal they achieved by 1907). With the aid of German Emperor Wilhelm II, the townspeople favored a version of Art Nouveau architecture called Jugendstil. This style was popular in Germany from 1895 until 1910. As a result, Ålesund today has a harmonious charm featuring plenty of towers and turrets. They are accented here by the Ålesundet Canal and spring tulips.