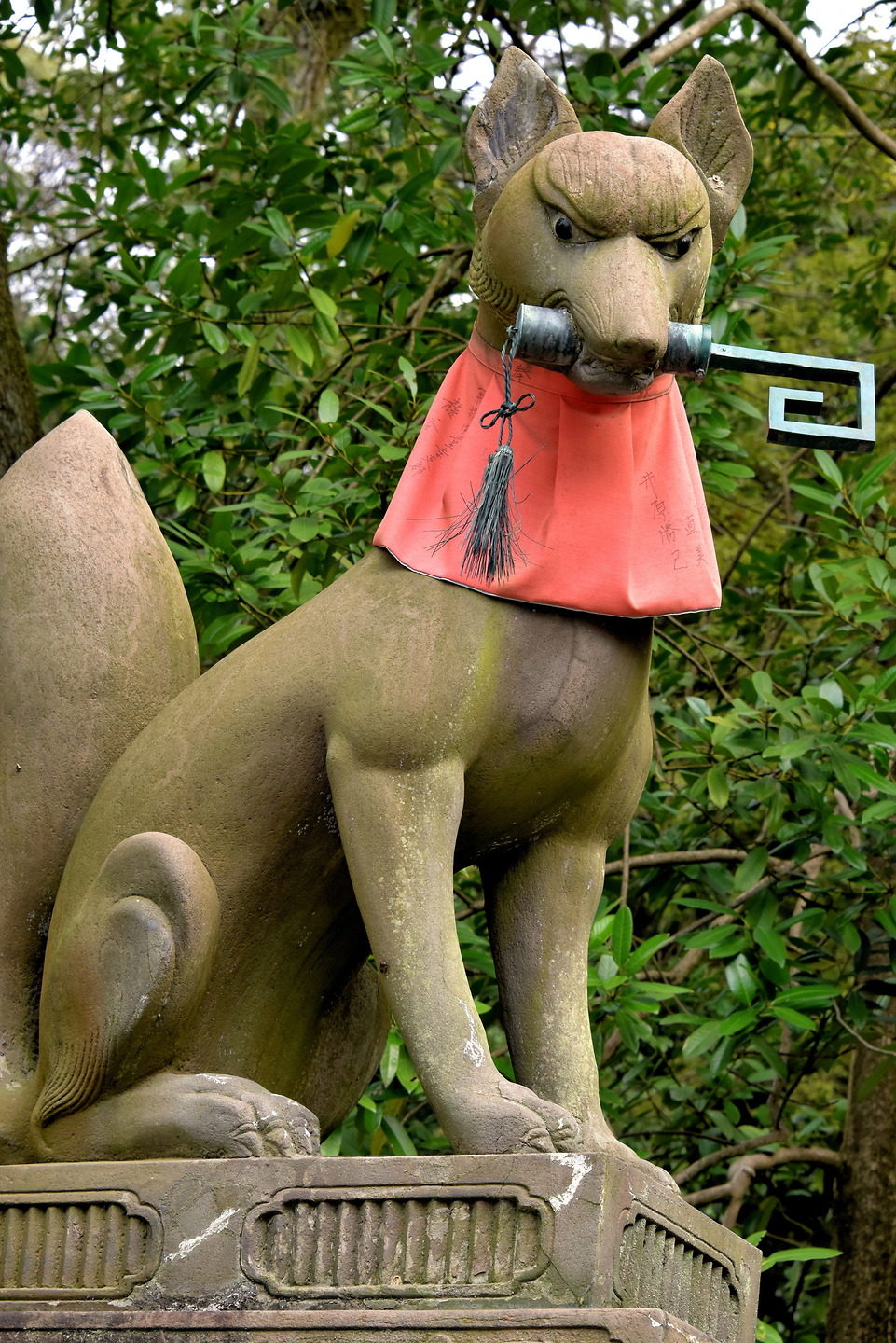 There are numerous fox sculptures at Fushimi Inari Taisha because the shrine is dedicated to the Japanese deity (kami) Inari and the fox is considered to be his messenger. Inari’s foxes (kitsune) are patrons of several things, including tea, agriculture/harvest, industry and prosperity. This fox holds the key to a rice granary in its mouth. The animal was first worshipped at this shrine in the early 8th century.