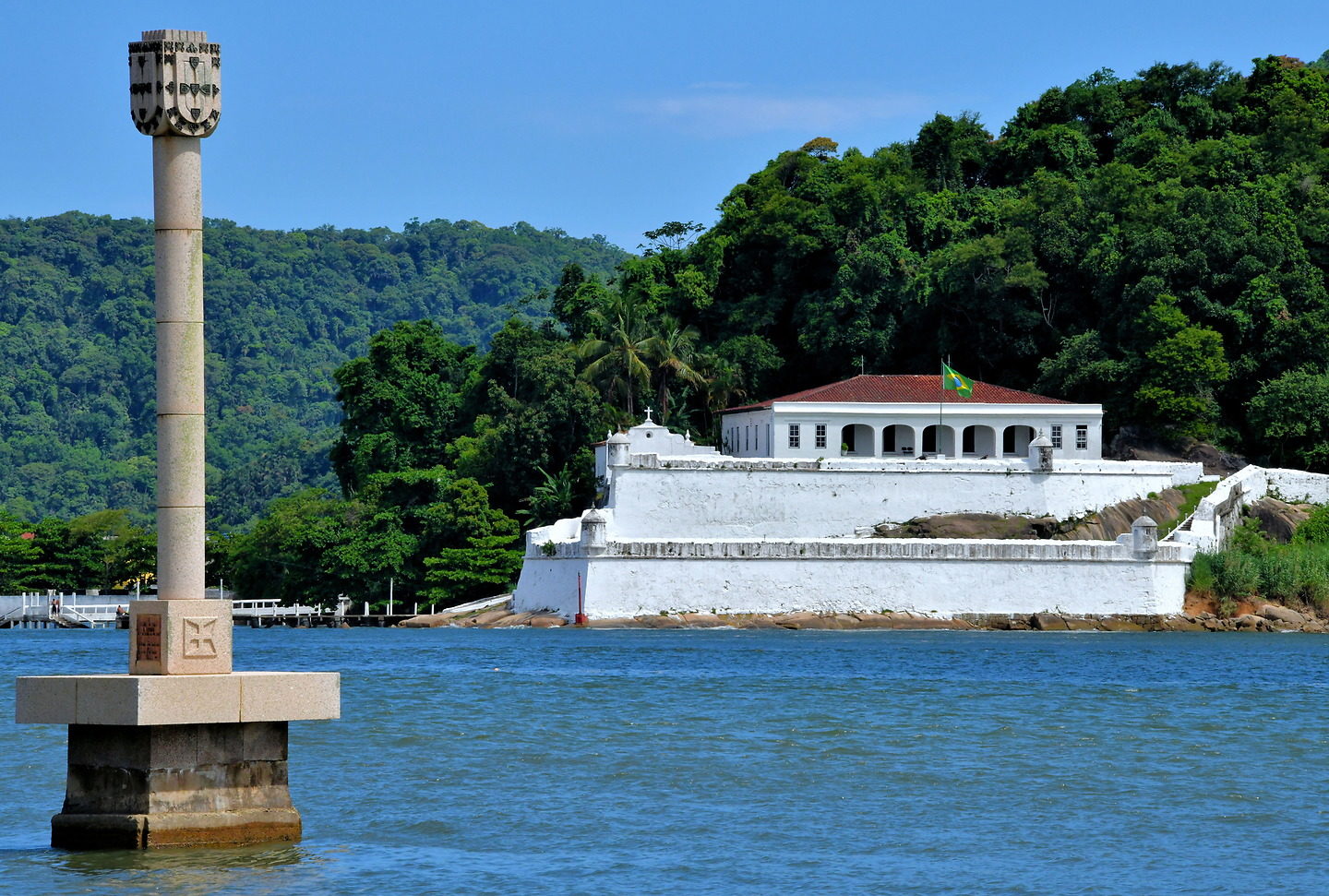 From Ponta da Praia Beach is a specular perspective from across the estuary of Fortress of Santo Amaro of Barra Grande. Barra Grande Fortress was initially built in 1584 to protect the port from attacks by privateers. It was expanded and equipped with new arms several times during the 18th and 19th centuries. The property was also used as a political prison. A boat tour is the best way to reach this historic site. The concrete column is the Marco Padrão de Santos Monument. This marks where Portuguese explorer Martim Afonso de Sousa landed in 1532.