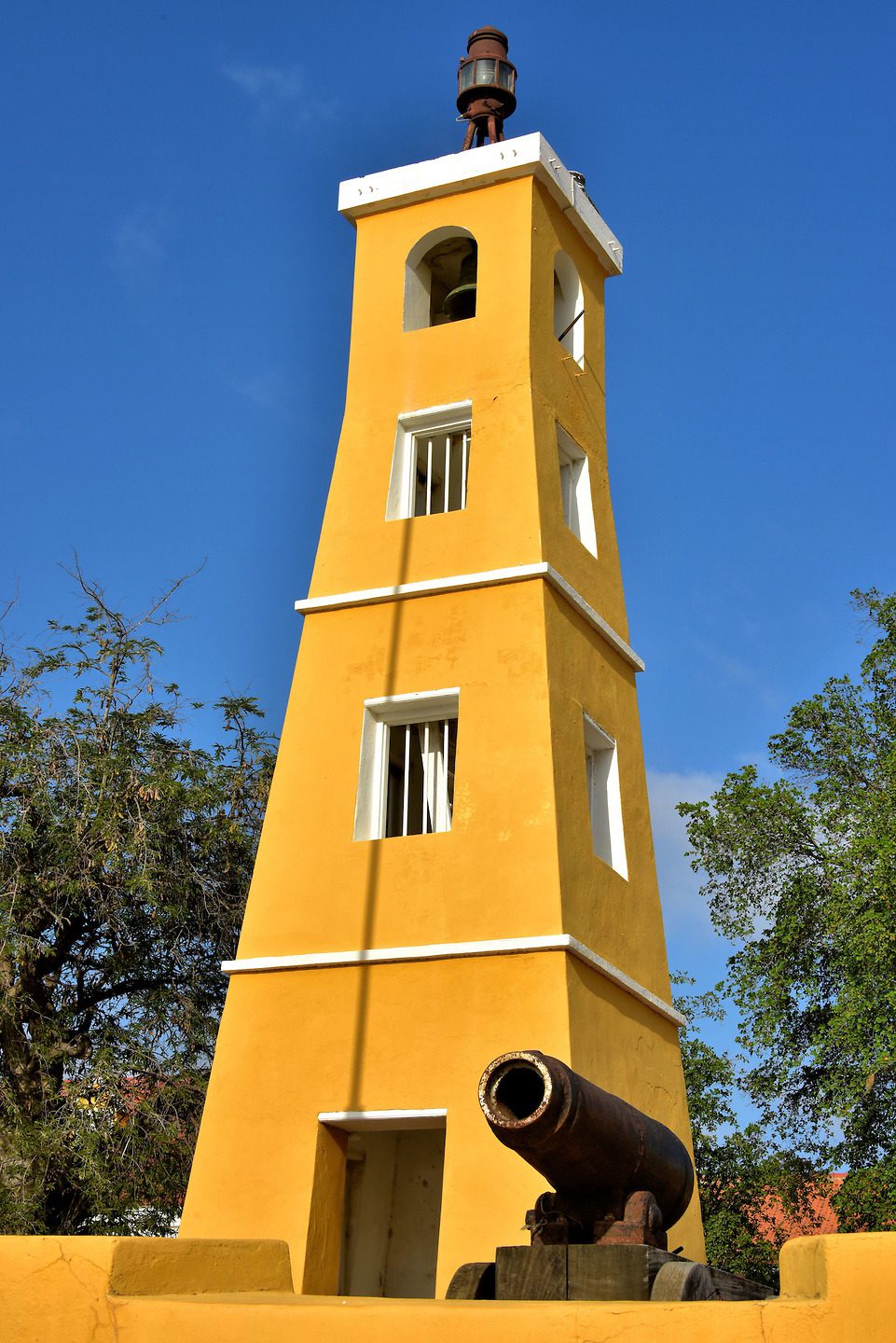 Fort Oranje was built by the Dutch during the 17th century. The fortress was rebuilt almost 200 years later and armed with cannons from a British Navy warship that ran aground off the coast. Those guns were reclaimed by the British a few years later (1807 – 1816) and the four current ones were added. Fort Orange served as the governor’s home until 1837. In 1868, a wooden lighthouse was constructed. It was replaced with this 32 foot, stone version in 1932. This National Monument and Bonaire’s oldest building is now a courthouse. The tower serves as the harbormaster’s office. The fort’s name honors the Netherland’s House of Orange royal family.