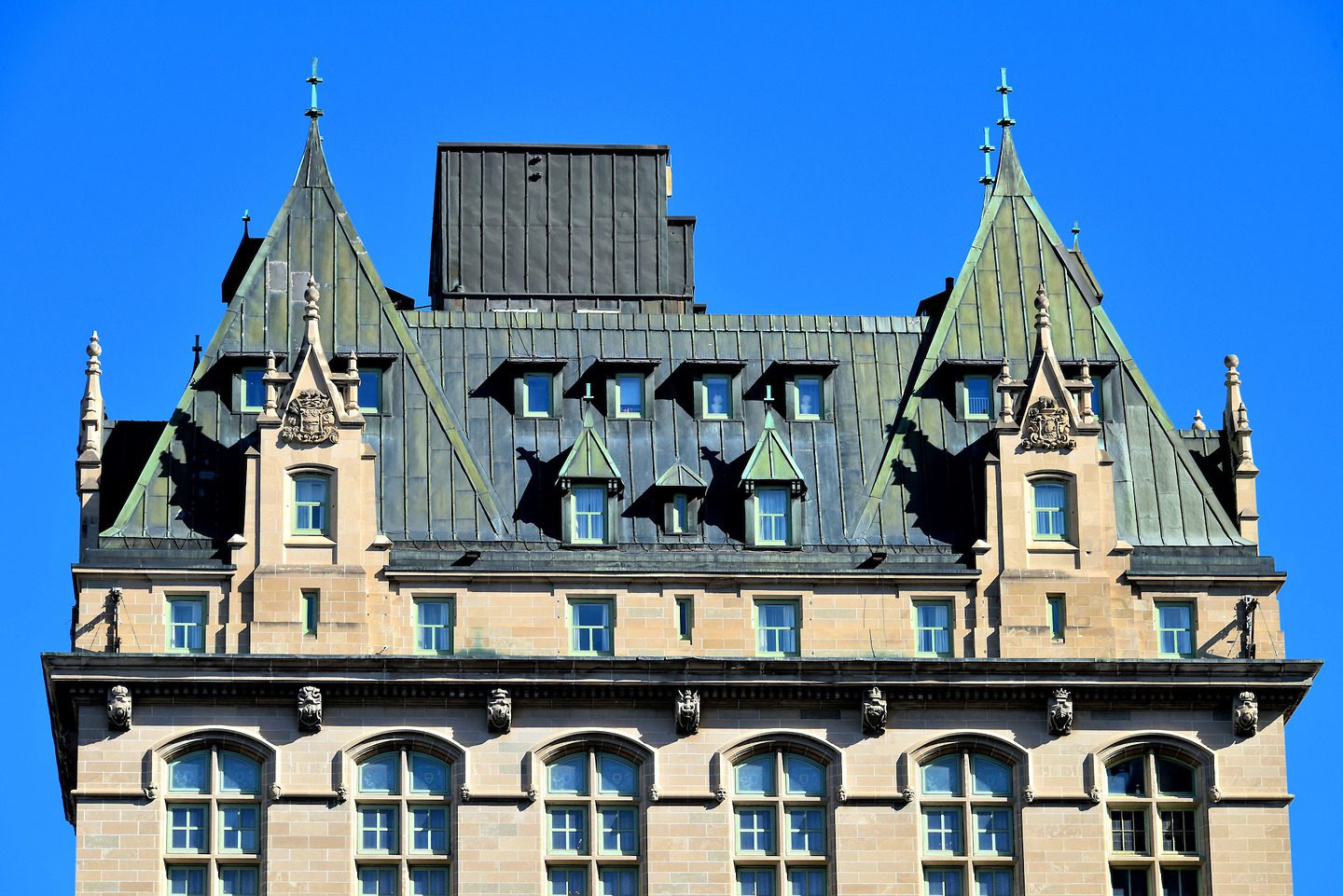 The Fort Garry Hotel was the luxury hotel in Winnipeg when the Grand Trunk Pacific Railway opened it on Broadway in 1913 just one year after the nearby Union Station was finished. The hotel was the property of choice for rail travelers. It is named after Upper Fort Garry, a Hudson Bay Company trading post that was located next door from 1822 until it was demolished in 1884. The four-star, Château style building has 246 rooms. But you may not want to check into number 202. People say it is haunted.