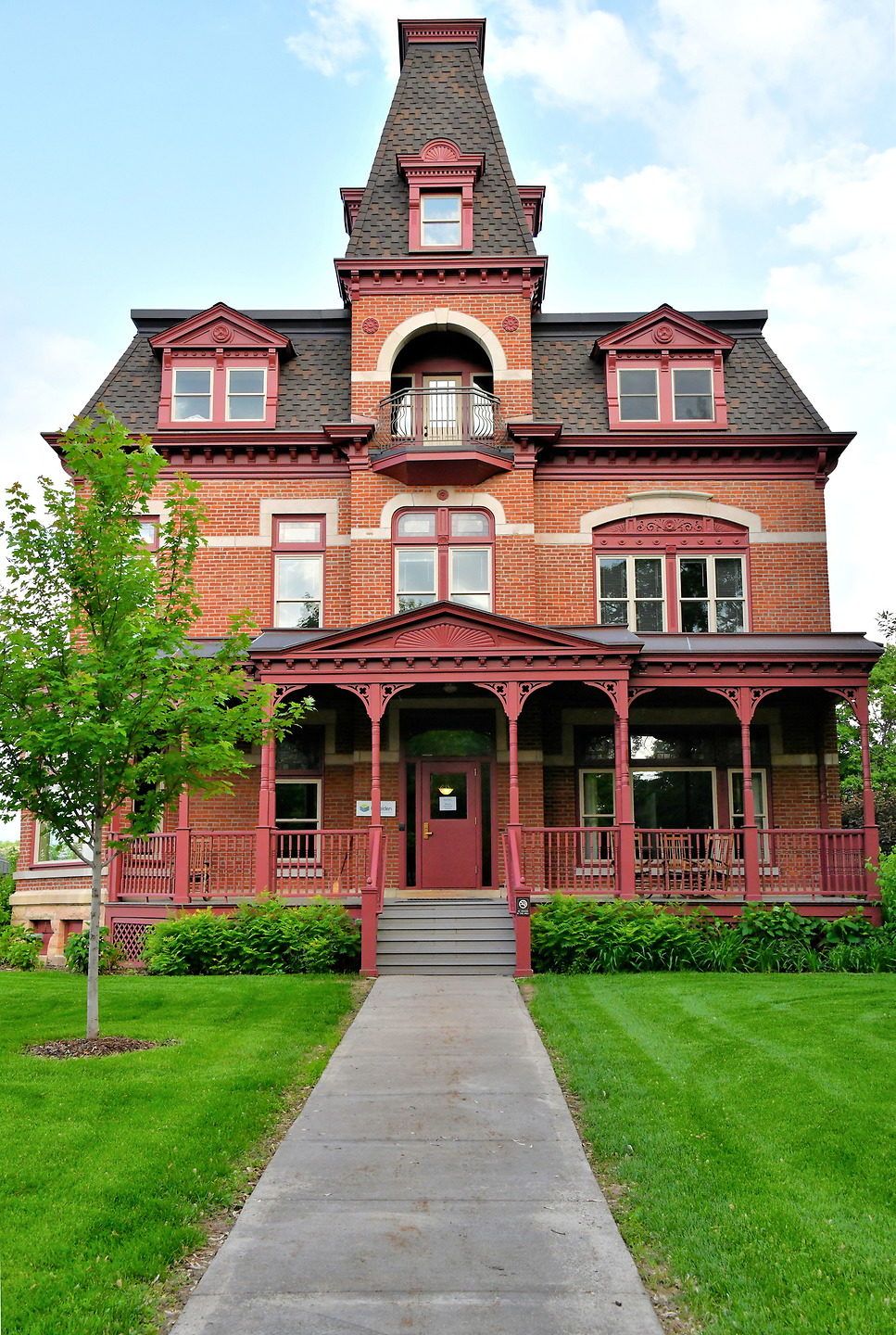 German immigrants flocked to St. Paul from the 1840s through the 1870s. They brought with them a thirst for beer. By the end of the 19th century, the state had over 100 breweries. Of the twelve in St. Paul, one of the most successful was operated by William Banholzer. He and his father purchased the failing North Mississippi Company in 1871. Within a decade, William grew it into a huge brewery generating 12,000 barrels annually. He used his fortune to build this mansion in 1885 above his network of caves used to cool beer. Ironically, the French Second Empire style property was purchased in 1958 for a halfway house for recovering alcoholics. The Fellowship Club was started by the Hazelden Foundation, an addiction treatment center founded in Center City, Minnesota in 1949. In 2014, the non-profit rehabilitation group merged with the Betty Ford Center. In 2016, the Hazelden Betty Ford Foundation built a huge St. Paul campus adjacent to the former William Banholzer Mansion.