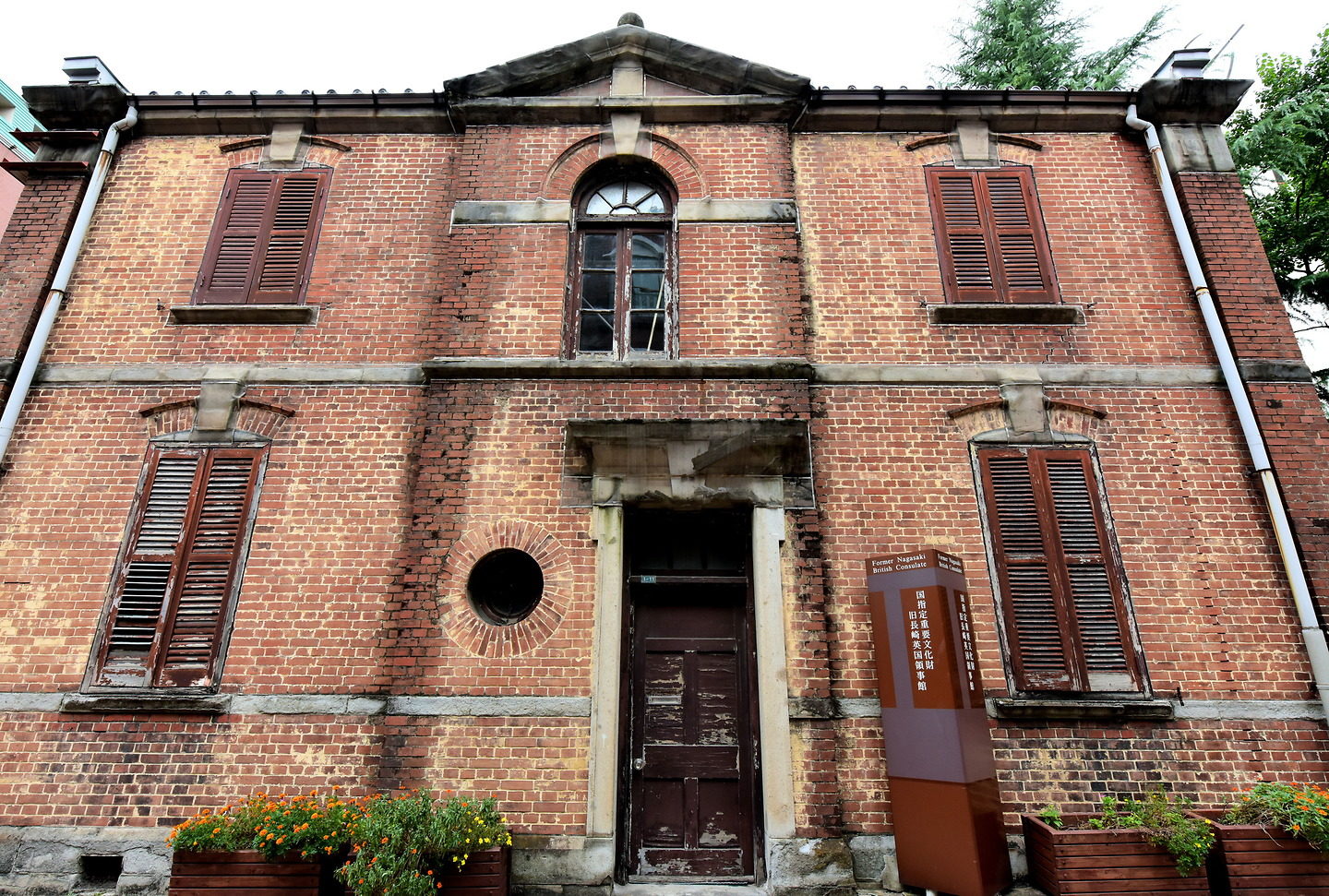 At the end of Japan’s isolationism in 1859, the British Consulate established their first Nagasaki office followed by a move in 1865 to Higashi-yamate, one of the primary foreigners’ settlements. In 1906, the embassy hired architect William Cowan to design a large waterfront property. This elaborate complex contained several buildings, including this brick one used as an employee residence. The consulate remained open until 1941 when the Japanese attacked Pearl Harbor and Ferdinand Greatrex, the last British consul, was arrested. It remained empty until 1955 when it was occupied by a museum and then an art gallery before being abandoned again in 2007. The fate of this Important Cultural Asset is unclear.