Manaus on Amazon, Brazil
Prev    Next 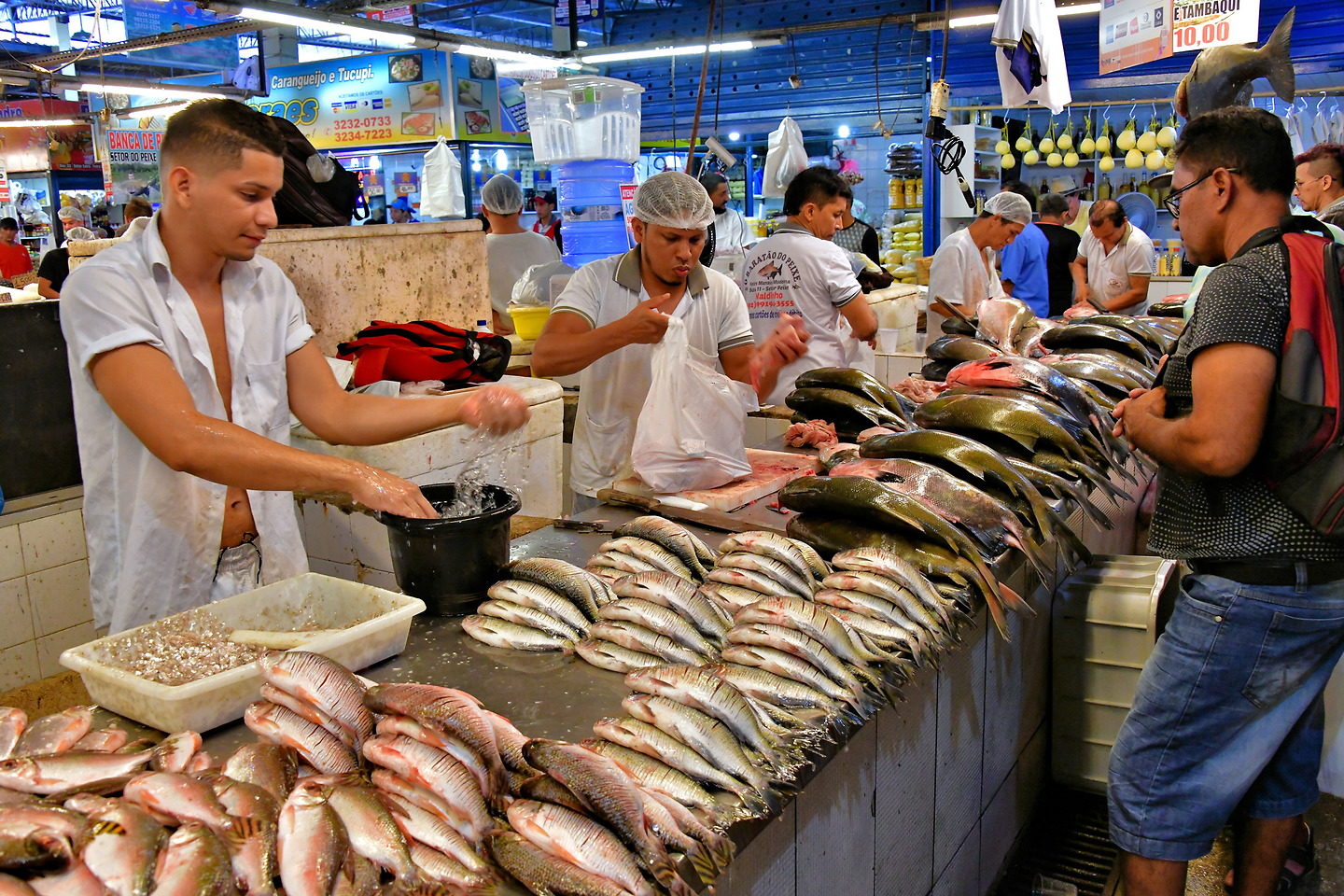 The Amazon River has over 2,000 species of freshwater fish. So, it is not surprising fish is a dietary staple of the people living in the Amazon Rainforest. Many residents of Manaus catch their own. Most shop at the fish market inside Feira da Manaus Moderna. According to a recent survey, nearly 62% say their favorite species is tambaqui. In second place are jaraqui shown here (12.8%) and coming in third are pacu (10.6%).