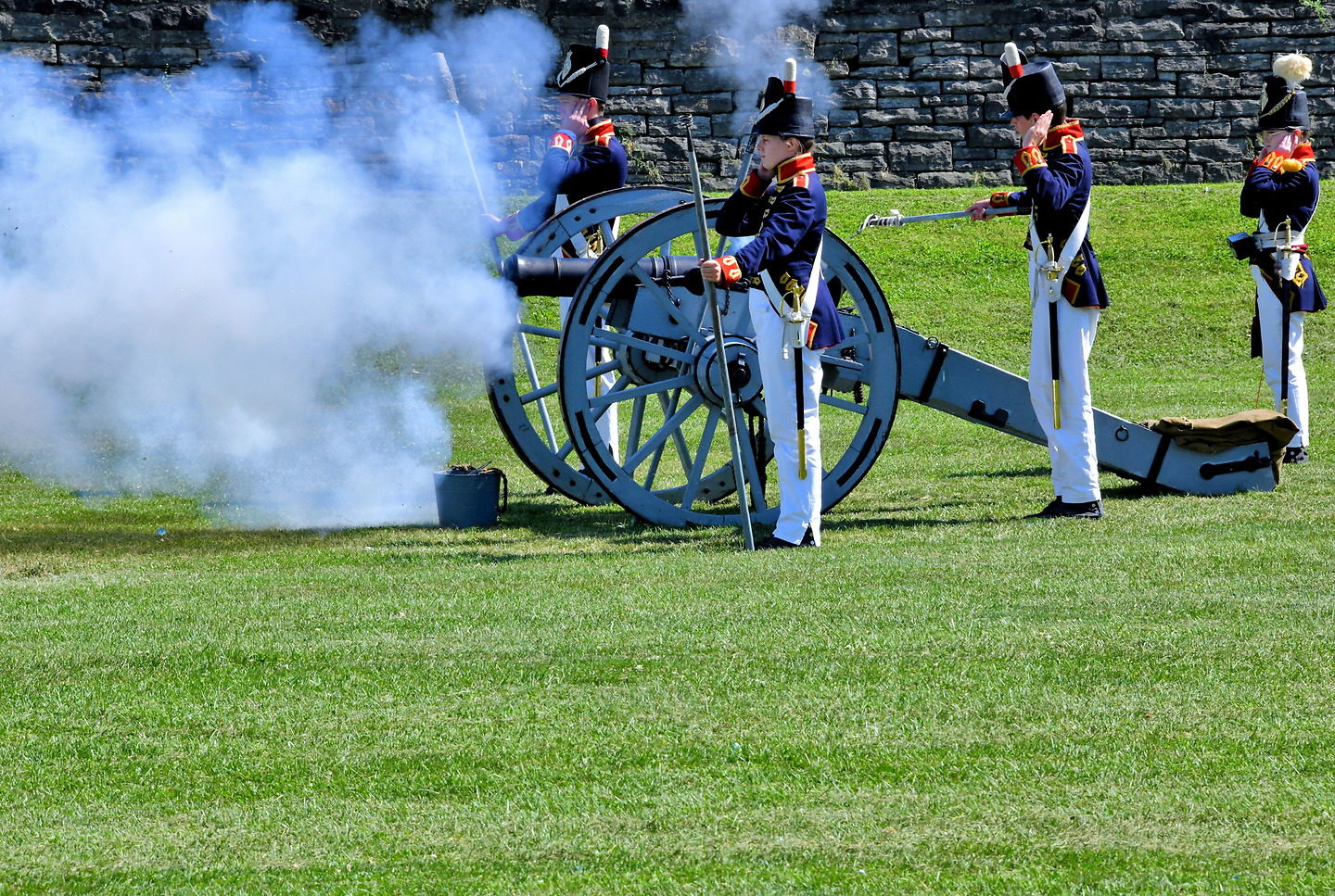 Behind the armoury on the other side of a freeway overpass is Fort York. It was built by the British in 1793. The garrison’s mission was to defend the town of York, the former capital of Upper Canada (today’s Toronto). On April 27, 1813, the fort was attacked and seized by about 1,800 Americans during the Battle of York. The victors then plundered and burned the town before retreating. Fort York continued to house soldiers until the 1930s. The National Historic Site of Canada displays the country’s largest collection of buildings from the War of 1812. They also provide an array of military exhibits and educational programs. Most popular are the demonstrations by the Fort York Guard. These performances include drumming, marching, shooting muskets and firing a cannon. Cover your ears. The cannon blast is very loud.