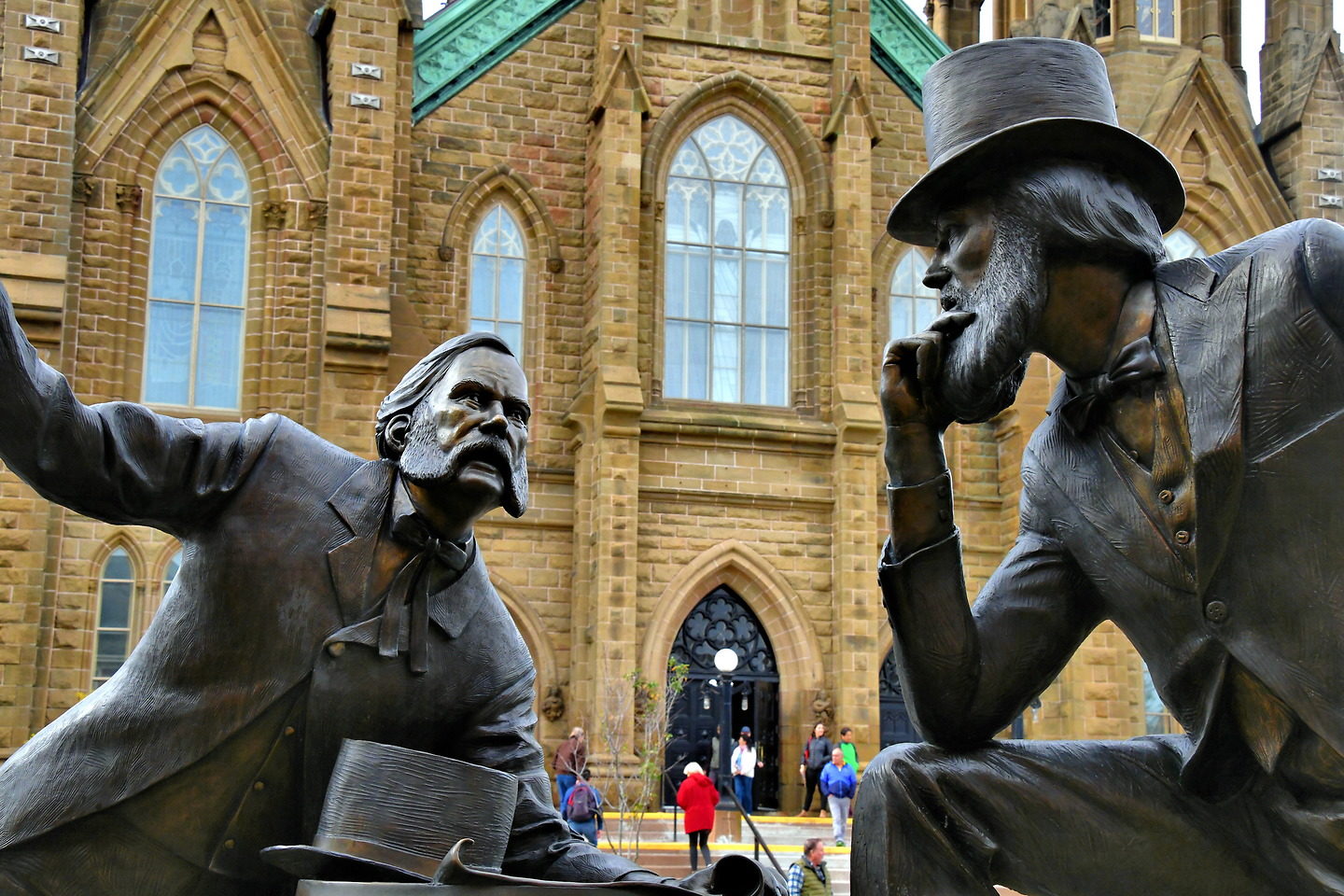 The path to Canada’s unification began in Charlottetown in 1864. The process ended with the ratification of the British North American Act in 1867 by the British House of Lords, House of Commons and Queen Victoria. 36 colonial delegates were involved to varying degrees at conferences in Charlottetown, Quebec and London. They are called the Fathers of Confederation. This pair of sculptures by Nathan Scott honors two of them. Strangely, they had the same name: John Hamilton Gray. The one wearing a top hat was the Conservative Premier of Prince Edward Island. He was also chairman of the Charlottetown Conference. The other was a delegate from New Brunswick. The bronze ensemble was erected in 2014 to help celebrate the 150th year of the Charlottetown Conference. The tribute is located across Great George Street from the St. Dunstan’s Basilica Cathedral.