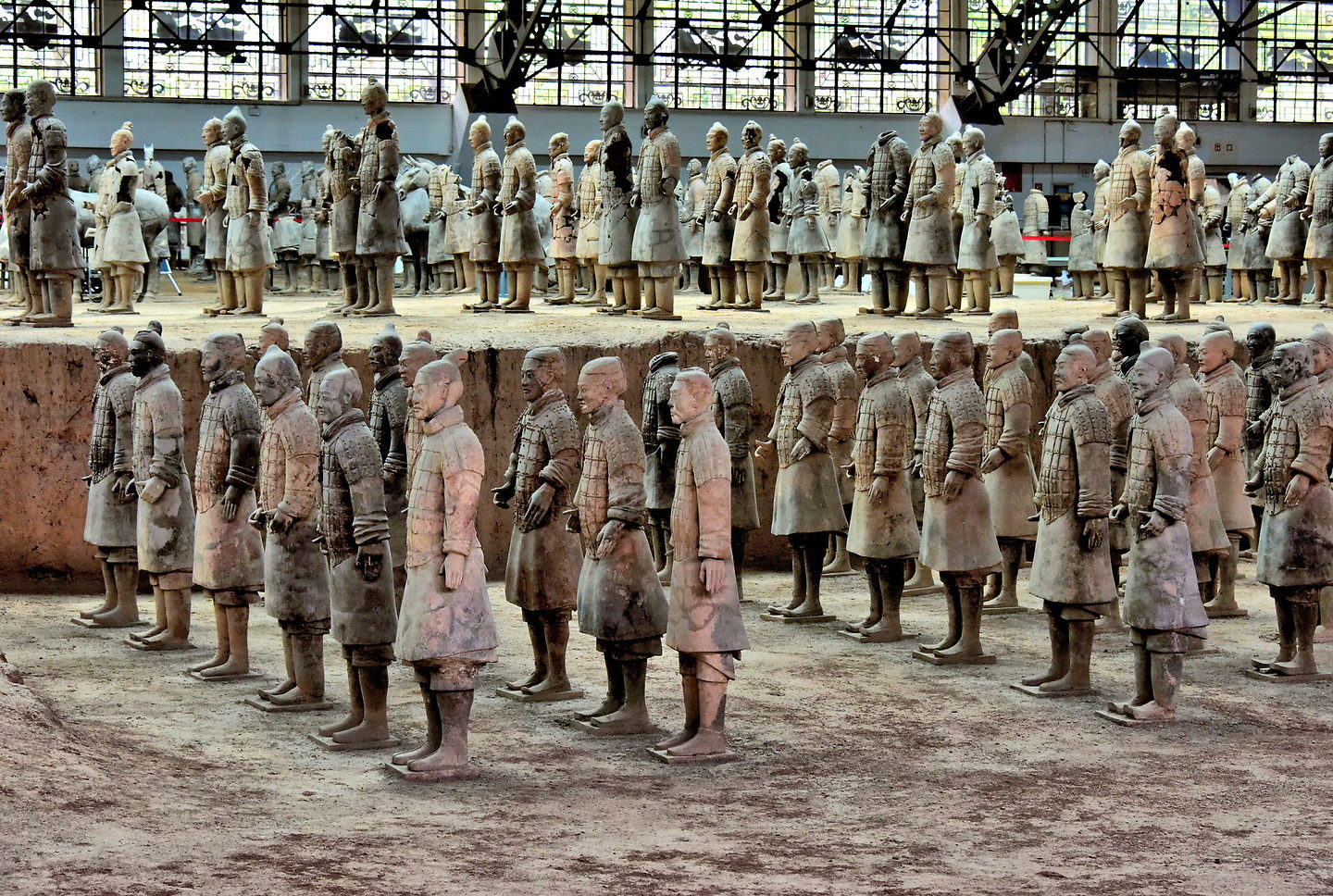 The Qin Shi Huang Mausoleum was accidentally discovered in 1974 by Yang Zhifa and his brothers while drilling a well. When the peasant farmers began selling arrowheads for pocket change, the relics came to the attention of a cultural center who alerted archeologists. Their professional excavation unearthed Pit Number One later in the year and two more in 1976. Three years later, the Museum of the Terracotta Army opened. By 2008, six hundred additional pits had been identified. Although exploration continues, the decision has been made not to unearth too many artifacts because they quickly lose their coloring upon oxidation. Yet sophisticated ground surveying is being used on the mound containing the emperor’s tomb. In 2012, these techniques identified a 42 acre subterranean palace surrounded by a 13 foot high brick wall. There is also speculation about a river of mercury flowing through the ancient site.