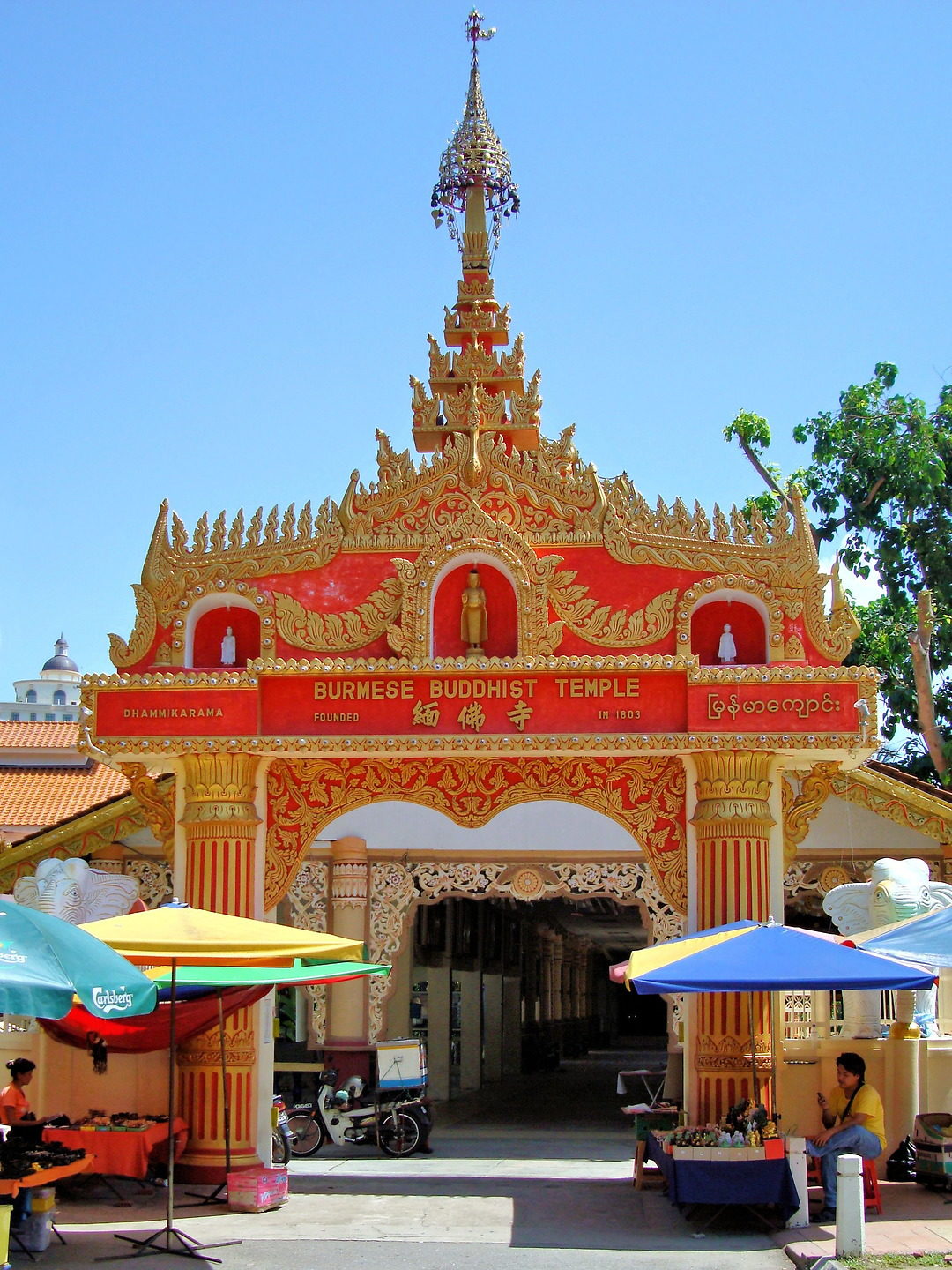 Dhammikarama Burmese Temple is located across the street from Wat Chaiyamangkalaram in Pulau Tikus. When founded in 1803, it was named the Nandy Moloh Burmese Temple after the woman who donated the land, Nonya Betong. It was created to serve the community of Burma (now Myanmar) immigrants. They began settling here in the late 18th century. Their primary occupations were fishing, trading and cigar making. The temple is also a kyaung, meaning a Burmese Buddhist monastery. It has been designated as a Penang State Heritage Site.