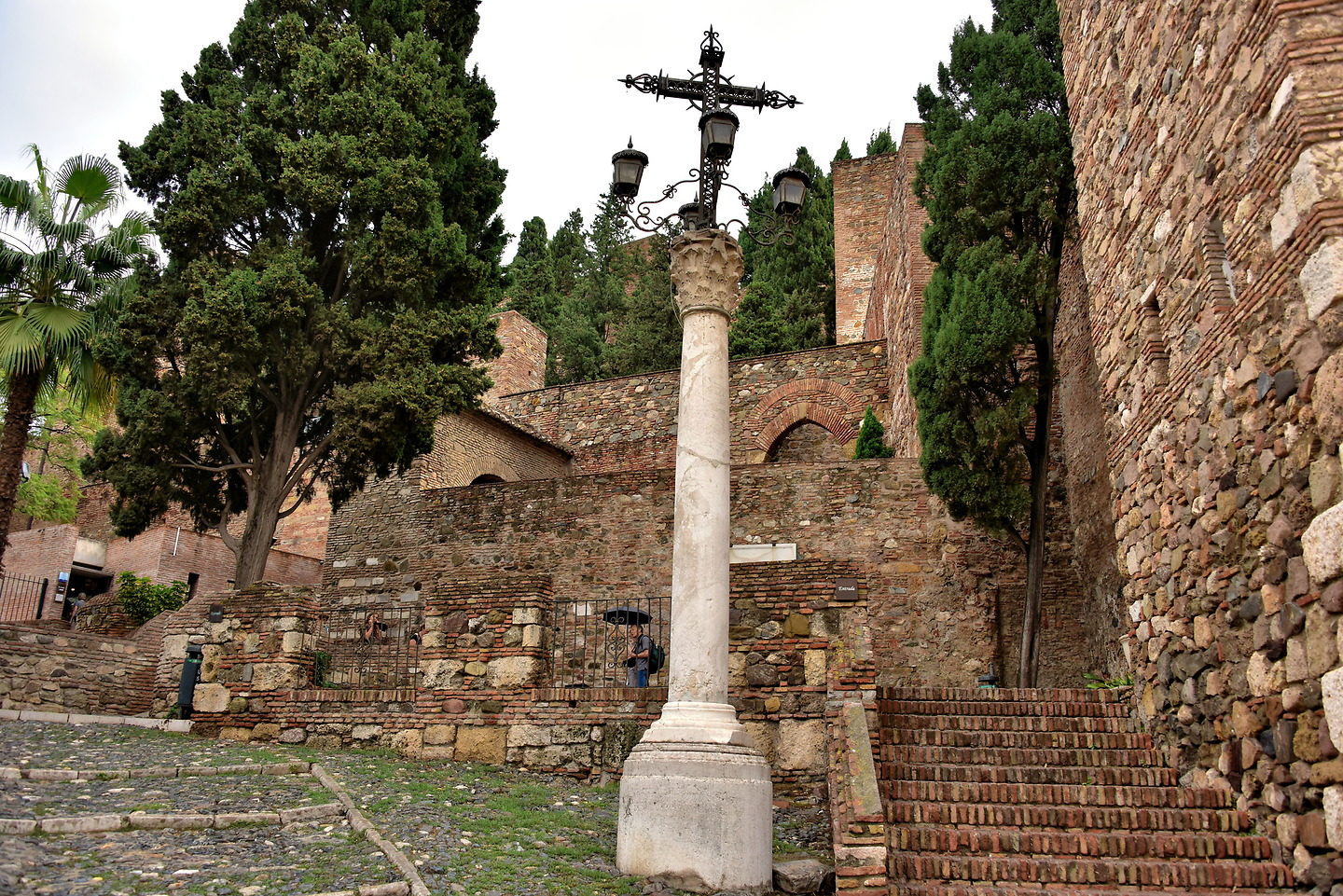 Dominating Gibralfaro Hill overlooking the historic core of Málaga is the Alcazaba, an Arabic word for citadel. The Moorish fortress was initially constructed during the mid-11th century. It evolved into a massive, wedge-shaped complex of defenses protecting three palaces (Fountains, Naranjos and Albam) plus residential areas and barracks. Alcazaba was the critical stronghold of the Moors until their defeat in 1487. This main entrance to Alcazaba is at the intersection of Calle Alcazabilla and Plaza de la Aduana. The marble column was originally part of the Roman Theatre. The first two of eight portals you will counter are Puerta de la Bóveda (Gate of the Vault) and Puerta de las Columnas (Gate of the Columns).