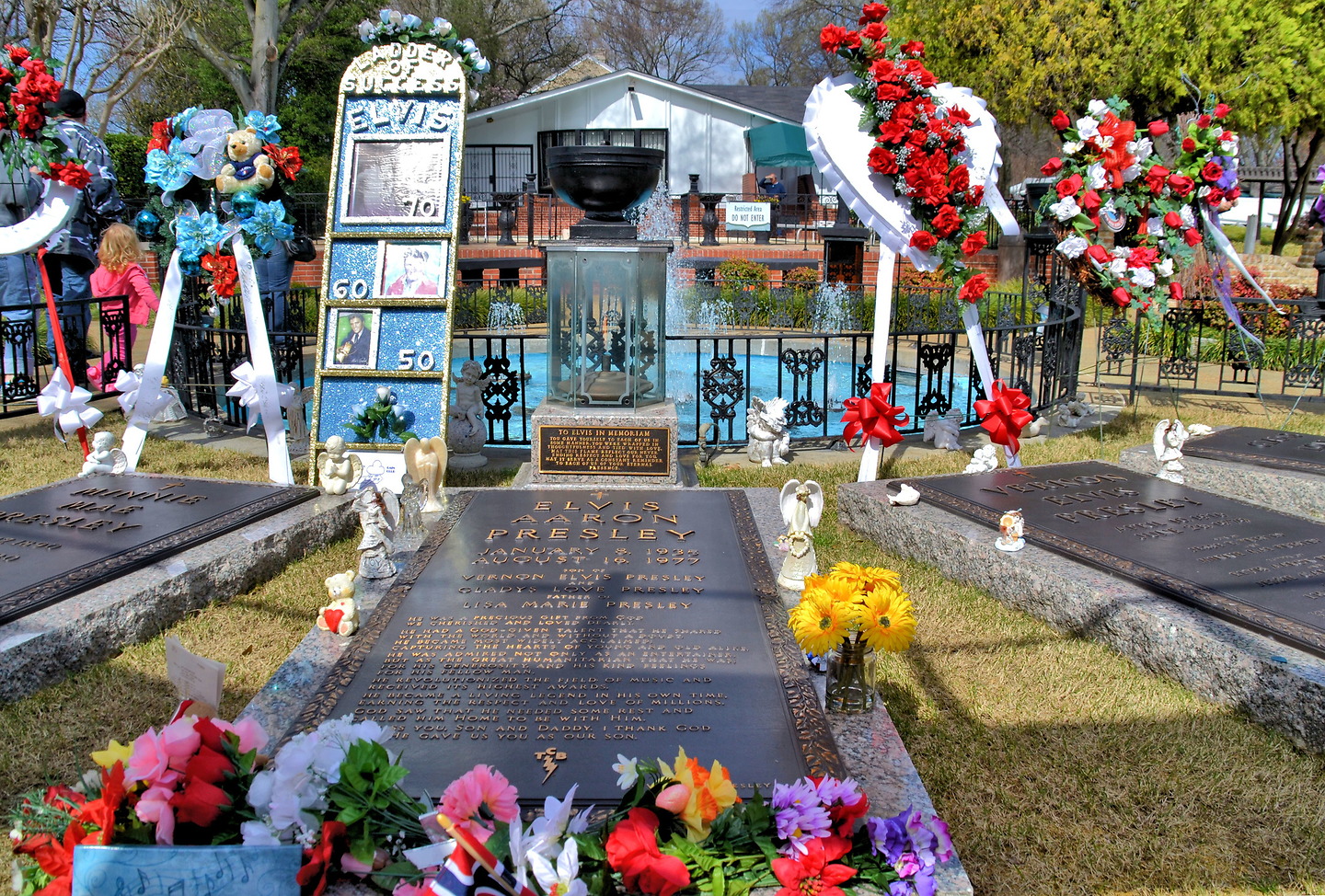 In 1964, Elvis Presley commissioned the Meditation Garden adjacent to Graceland Mansion and a kidney-shaped swimming pool. The garden is accented with a white-columned pergola and a fountain in the center. This tranquil setting provided Elvis with peaceful solace for years. It is now his gravesite. He was initially buried at Forest Hill Cemetery after he died on August 16, 1977. Less than two months later, his body was returned to Graceland. Also interred here are his parents, Vernon and Gladys, and his grandmother, Minnie Mae. In addition, there is a memorial to his identical twin brother Jesse who died at birth. Mourning fans still pass by the grave of Elvis Aaron Presley in tears.