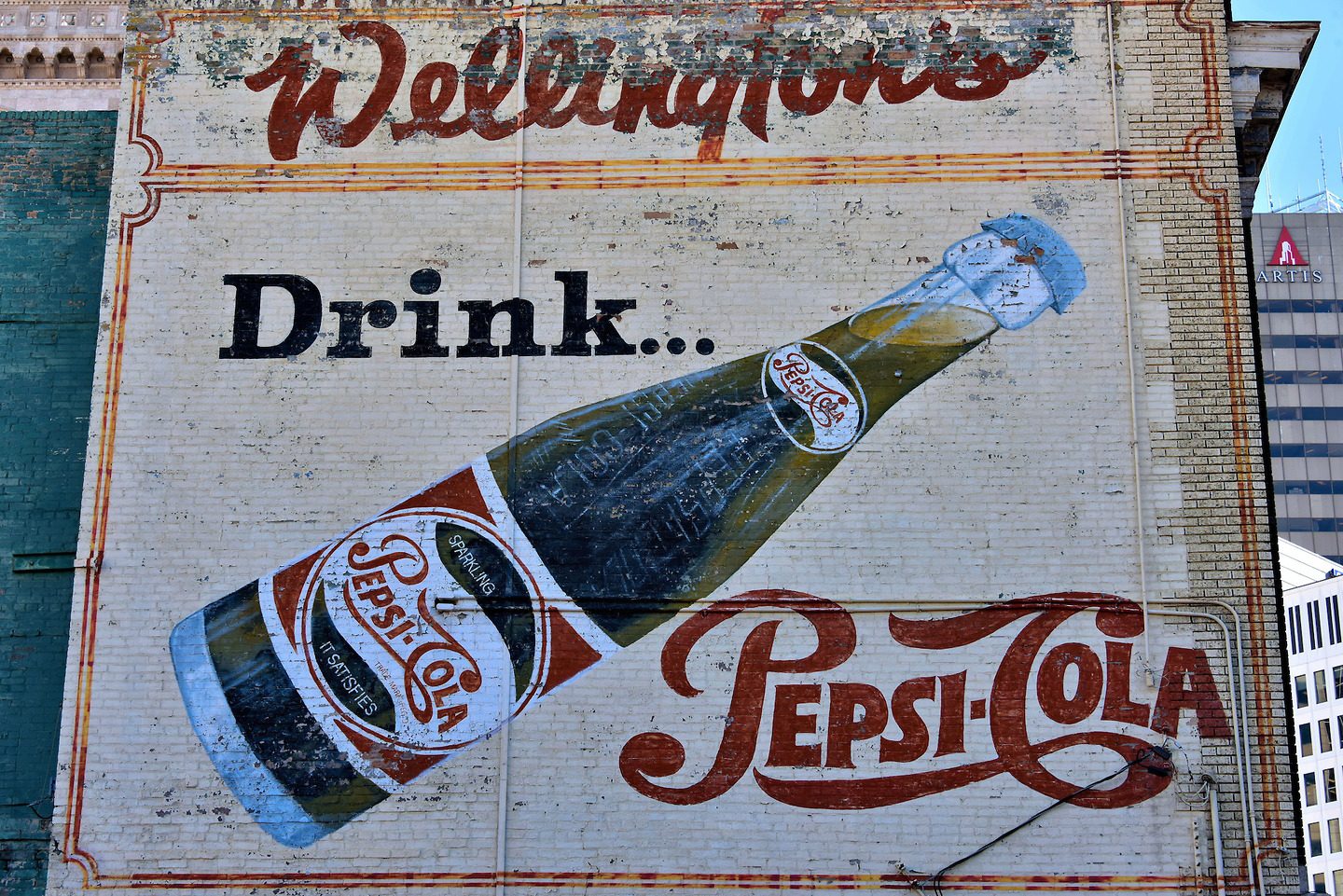 I tried to learn about this vintage Pepsi-Cola advertisement by Fosh Signs but without luck. Based on the soft drink company’s stylized logo, I suspect it was painted on the St. Charles Hotel’s outer wall during the early 1950s, about the same time the hotel was reaching its social peak. Built in 1913, the hotel’s elegant rooms were once favored by actors at the Orpheum Theatre such as the Marx Brothers and Milton Berle. But after the 1950s, the hotel began to decline. It was closed in 2008. In 2012, the city declared it a derelict building. The St. Charles Hotel may soon be demolished and with it would go another Historic Site of Manitoba and this marvelous old sign.