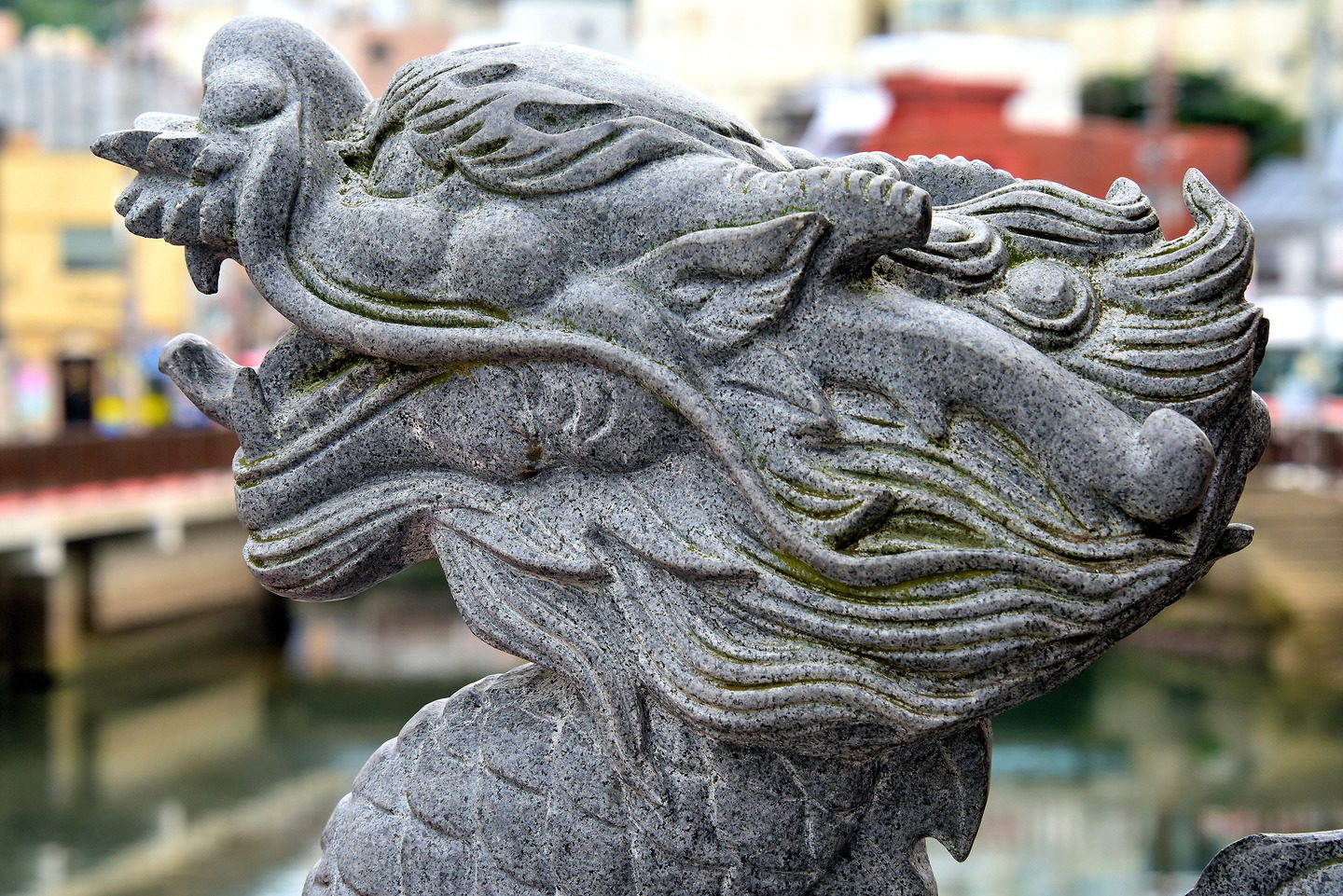 This dragon guards the northeast chukamon (entrance gate) of Shinchi Chinatown at the base of a pedestrian bridge named Schinchi-bashi. The mythology of the Chinese dragon began around 250 BC when the mother of Liu Bang (later Emperor Gaozu of Han) took shelter from a rainstorm under a bridge and was saved by a dragon. Ever since, it has symbolized imperial power. The dragon has also evolved into more than two dozen types, each with its own characteristics and powers.