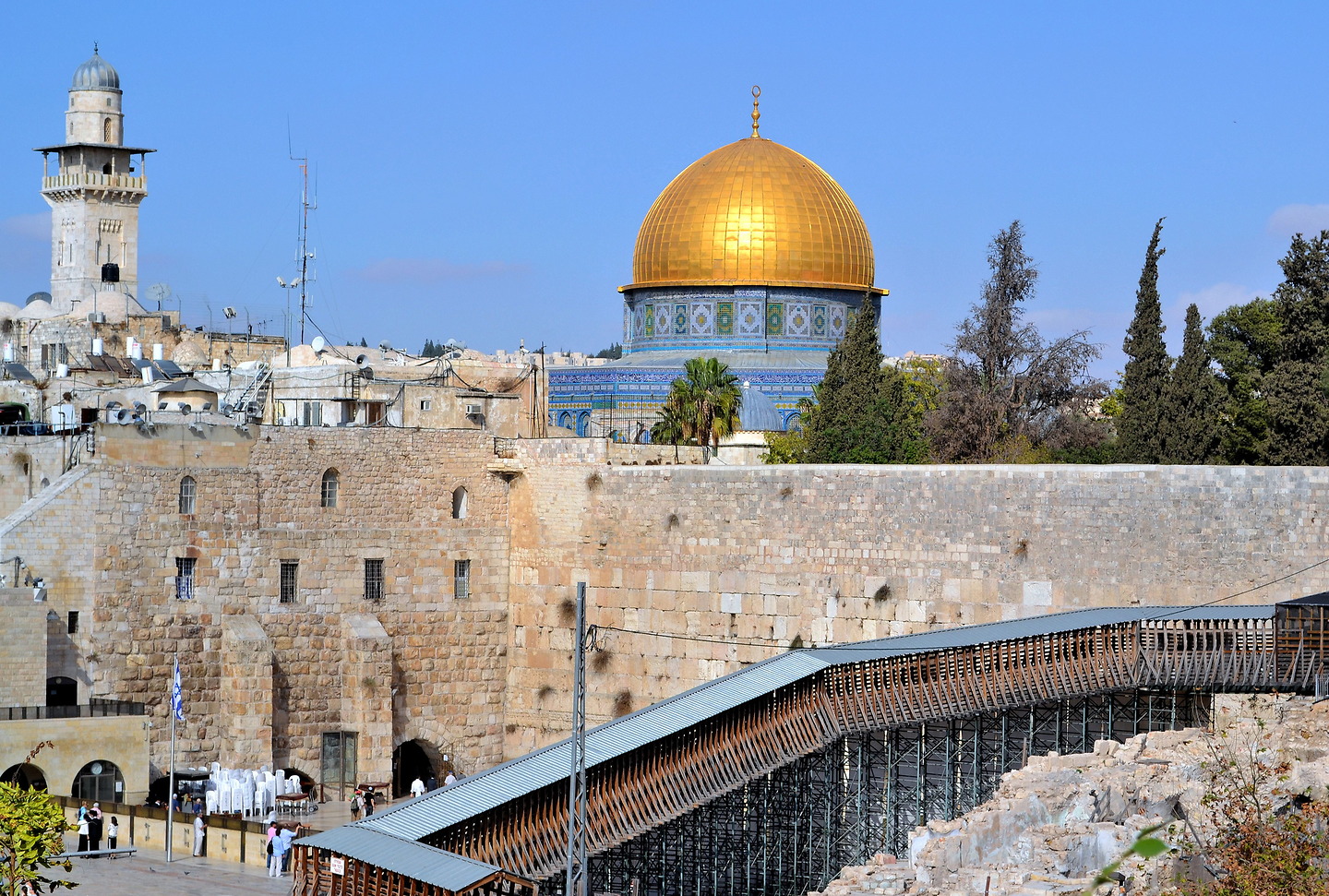 The Dome of the Rock is the visual pinnacle of Temple Mount. The Islamic shrine was constructed in 692 – making it one of the oldest surviving Islamic monuments – and significantly rebuilt in 1023. The 65 foot wide dome is covered by an aluminum bronze alloy with gold. Dome of the Rock has historical and religious significance to Muslims, Christians and Jews. The name stems from the Foundation Stone inside. The Rock represents the spiritual joining of Heaven and Earth. This site is believed to be where God created the earth, where the prophet Abraham almost sacrificed his son and where Muhammad ascended into Heaven. The UNESCO World Heritage Site is maintained by the Jordanians. Non-Muslims are allowed controlled access. On the left is Bab al Silsila Minaret (built 1329), one of four on Temple Mount.