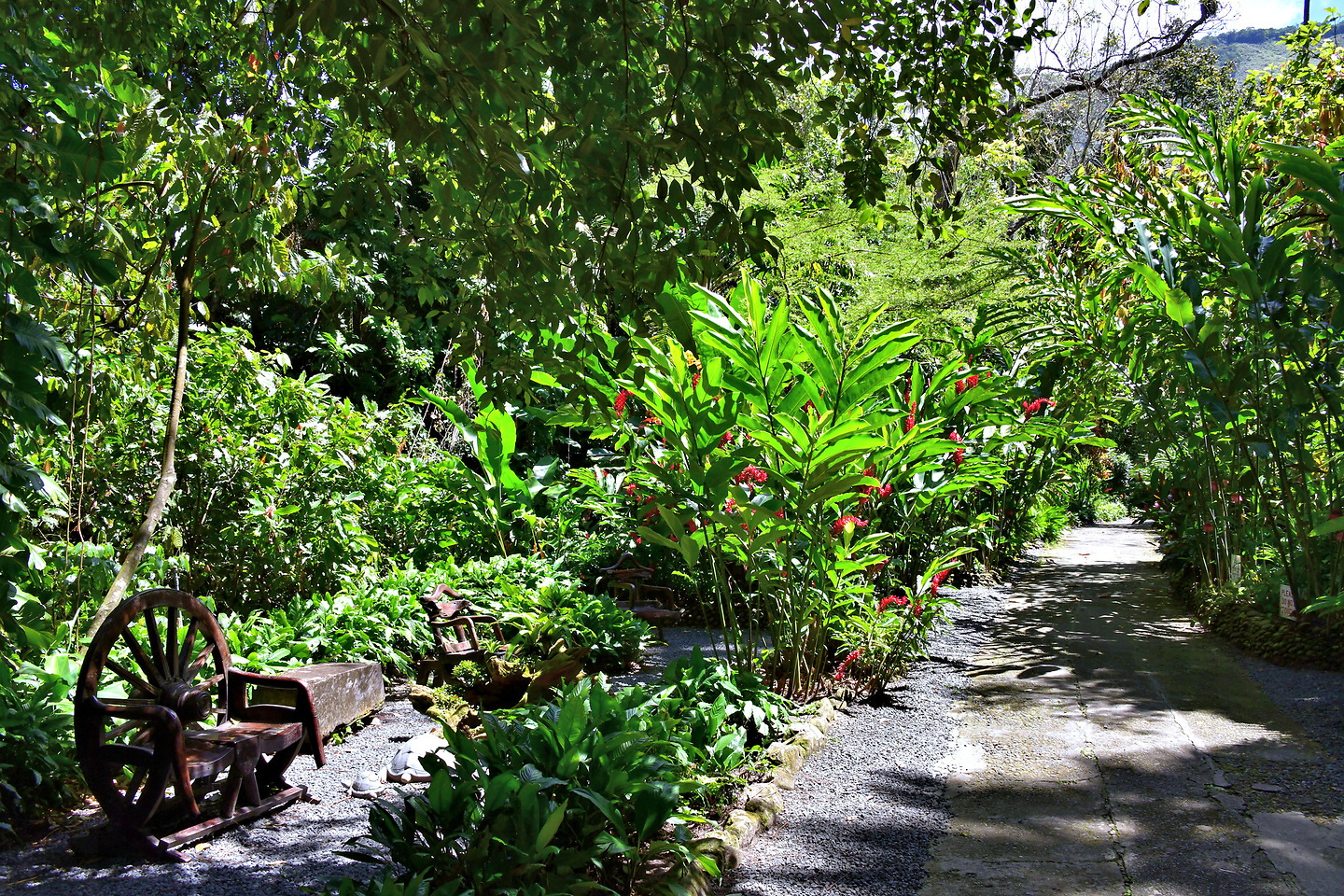 Diamond Botanical Gardens is steeped in history and beauty. In 1713, King Louis XIV of France granted 2,000 acres to three Devaux brothers. The extensive property became the Soufrière Estate. Within the lush, rolling landscape are sulfur springs. They were reputed to have similar therapeutic powers to the best spas in France. A dozen bath houses were erected on the property. One famous patron was Marie Josèphe Rose Tascher de La Pagerie. She was born in Saint Lucia. Her father’s neighboring estate was Malmaison. In 1796, she became Joséphine, the wife of Napoleon Bonaparte. The Diamond Botanical Gardens is a six acre parcel of the once famous Soufrière Estate. Features include a waterfall, mineral bath and spa, remnants of an old sugarcane plantation, a tropical garden and a nature trail through the rainforest.