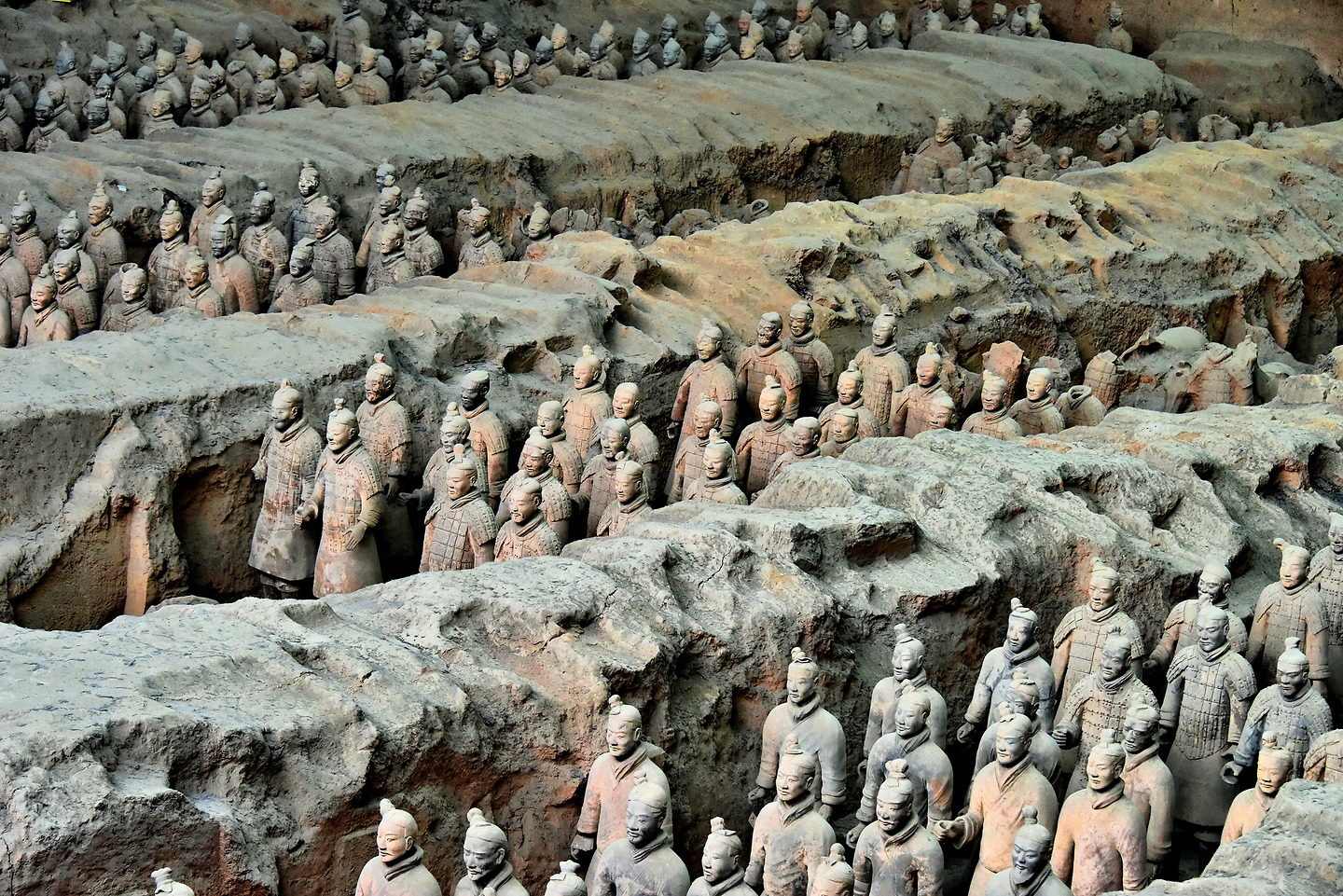 Construction of the final resting place for Zheng began in 246 BC shortly after he became the King of Qin at the age of 13. In 221 BC, he defeated the last of China’s Warring States and was renamed Qin Shi Huang. During his eleven-year reign as the First Emperor of Qin (and China), approximately 700,000 men labored over his mausoleum. The project was finished in 208 BC, two years after the emperor’s death. The measurements are staggering. At the center is an unexcavated mound shaped like a 250 foot tall subterranean pyramid. Encircling the emperor’s tomb underground are a 1.5 mile inner city and a 3.9 mile outer city. Their design resembles Xianyang, the capital of the Qin dynasty. Archeologists estimate there are 600 burial sites within the surrounding 35 square miles. They contain the bodies of the royal family, government officials, high-ranking army members, concubines and mausoleum laborers. The impressive Terracotta Army seen in Pit Number One are only a fraction of this enormous complex. Simultaneous to the construction of the mausoleum, Qin Shi Huang ordered a massive extension of a defense along China’s northern border. The 10,000-li Great Wall stretched for over 3,100 miles.