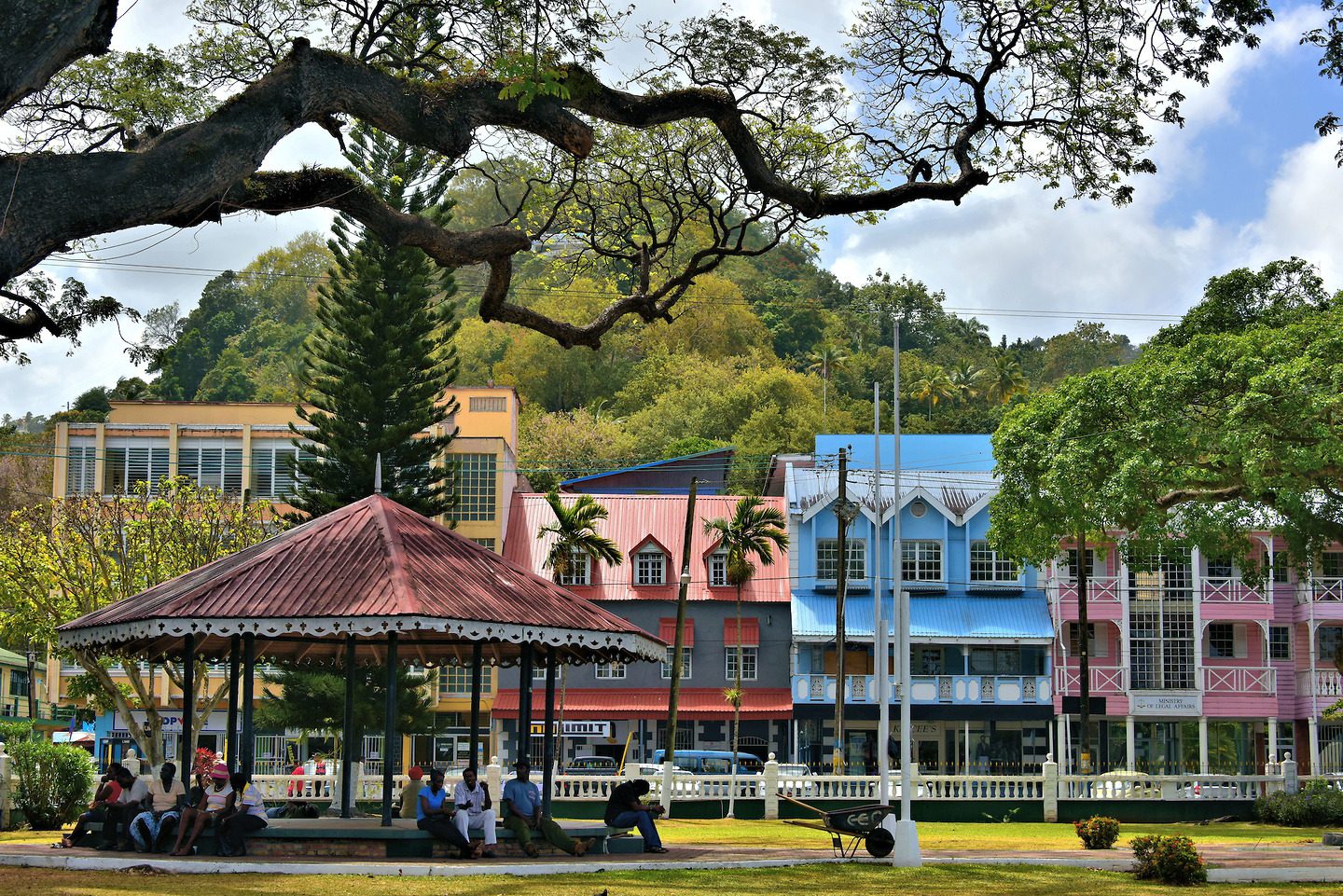 This public square at the heart of Castries was originally called Columbus Square. Now it is named in honor of Dereck Walcott, a native of Saint Lucia and the recipient of the Nobel Prize in Literature in 1992. Above the bandstand are a few branches of a giant albizia saman tree. Called the Massav Tree by the locals, some people claim the enormous canopy has been growing for over 400 years old. Others suggest it was planted in 1833.