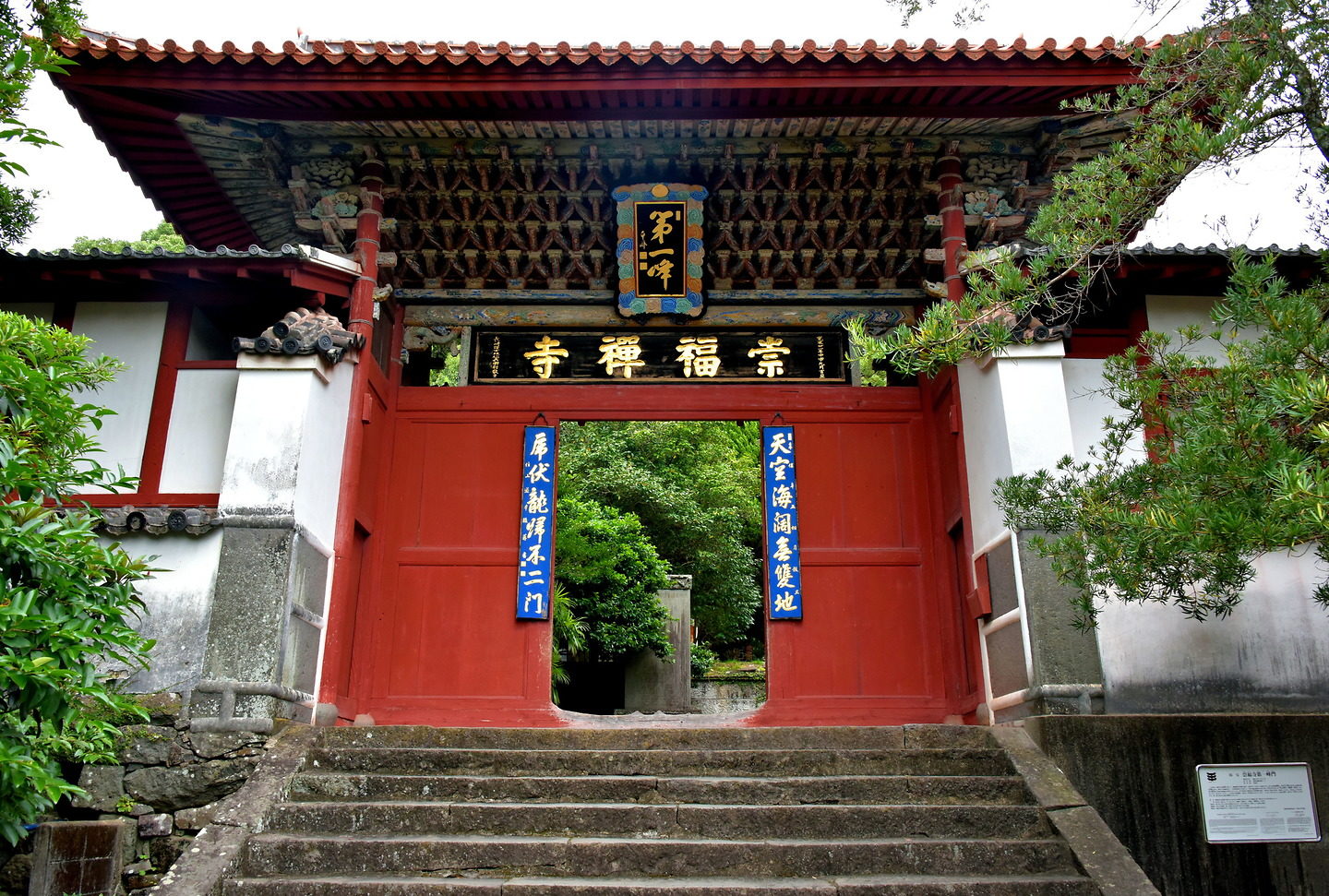 One of two National Treasures at Sofukuji Temple is Daiippomon Gate. It was designed and fabricated in Ningbo, China (south of Shanghai), shipped to Nagasaki and then assembled in 1695. Also known as the Karamon Gate, it was originally the main entrance. Similar to most of the complex’s buildings, it is painted in red lacquer. This is referred to as aka-dera (meaning red temple). Sōfuku-ji is one of three Buddhist temples established by the Chinese in Nagasaki during the 1620s. Collectively, they are called sanpukuji meaning three temples of good fortune.