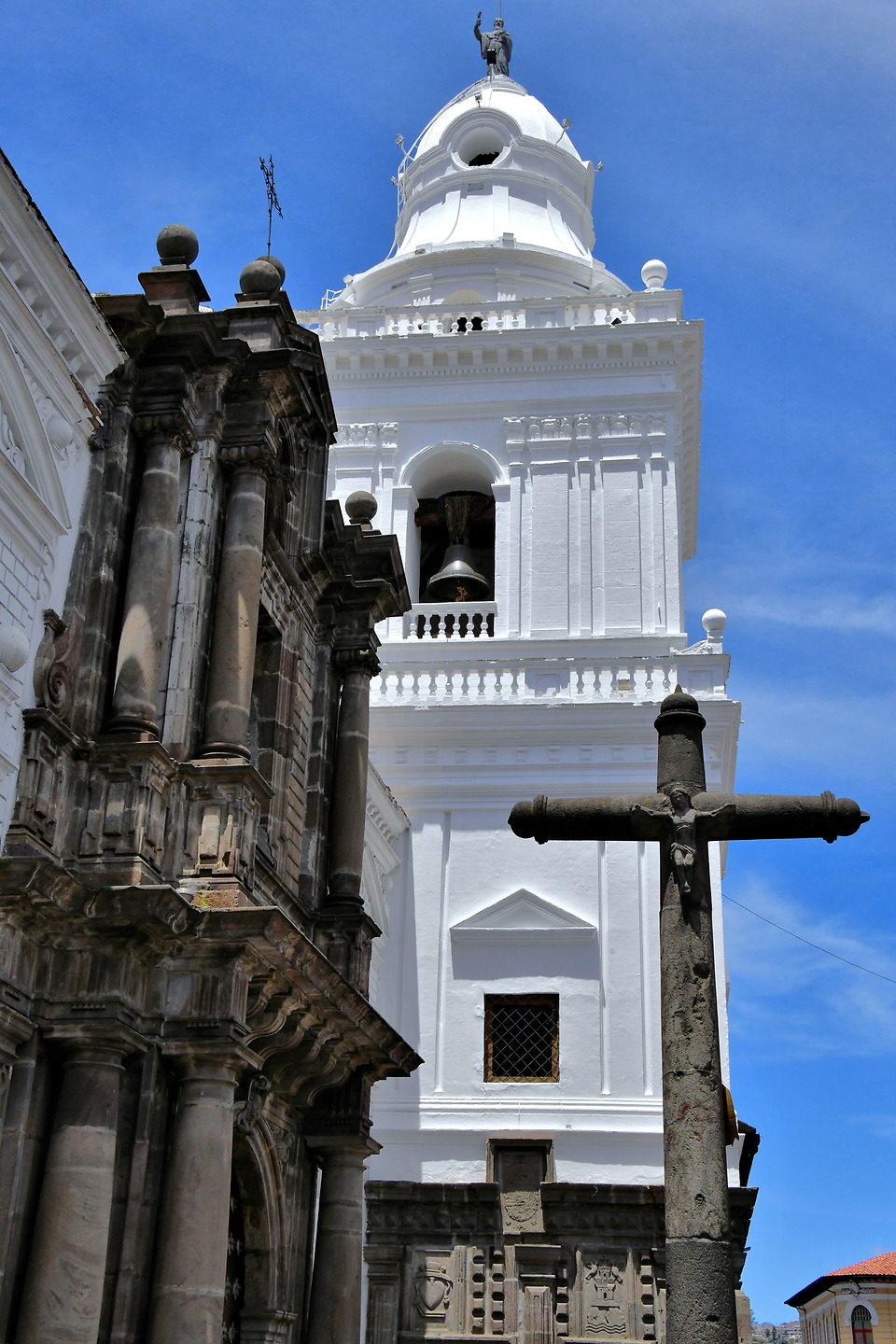 The Convent of San Agustín was built in 1650. Inside is a central courtyard surrounded by colonnades of open-air corridors. This design emulates the monasteries in Andalusia, Spain. Also inside is a museum showcasing over two dozen works by Miguel de Santiago. He was a famous 17th century Quito painter of religious art. He also sought asylum in this convent after a domestic dispute with his wife. On top of the 141 foot bell tower is a statue of Saint Augustine. The Christian theologian lived from 354 until 430. On the left is the entrance to the Church of San Agustín. The stone cross dates from the 17th century.