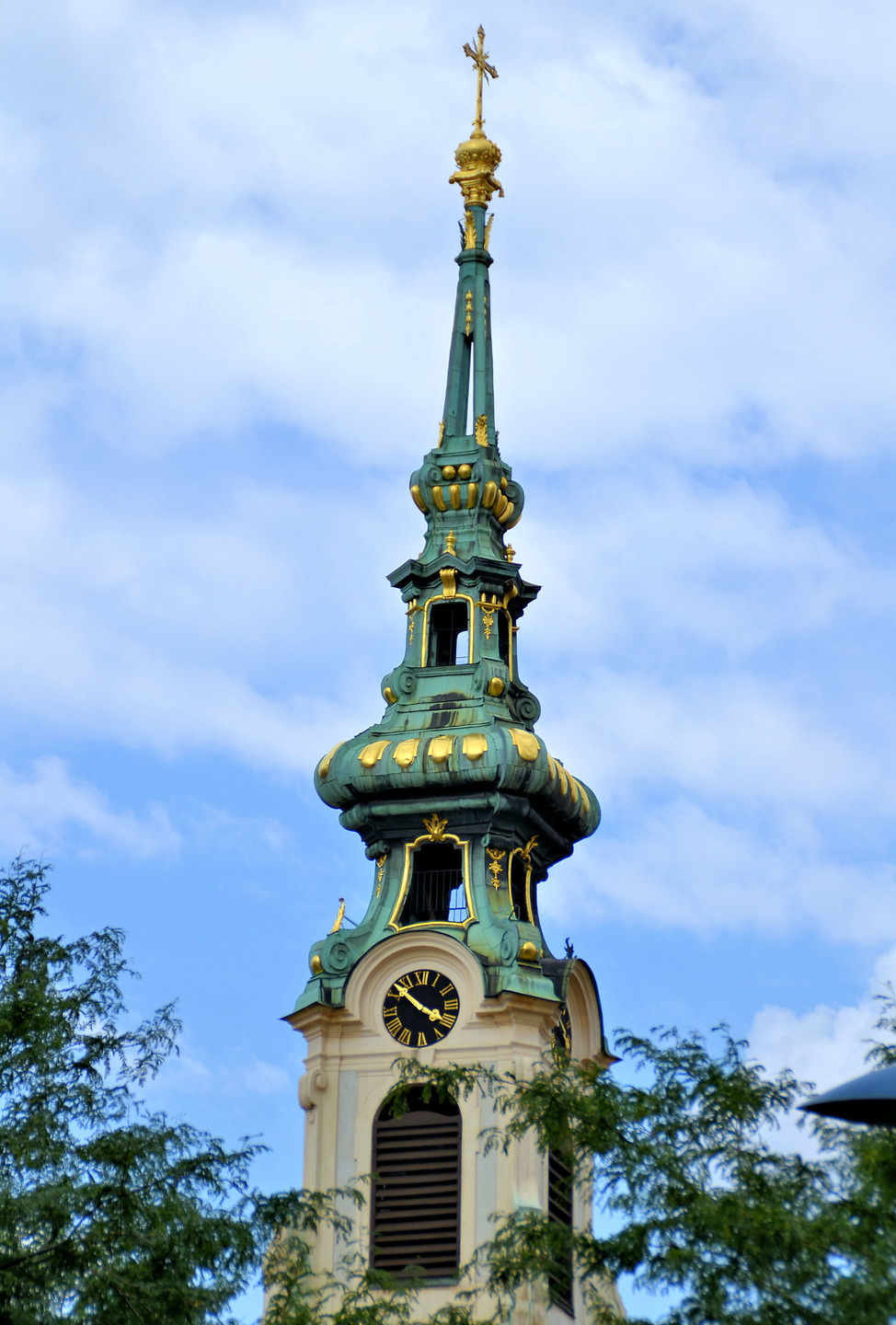 The collegiate barracks dates back to the 17th century when it began as a summer retreat for orphans. The walled-in structure evolved into an academy for teaching young men engineering and military operations. By 1848, the officers’ training school became a military facility for the infantry. During the 20th century, Stiftskaserne was a military hospital in WWI, a Nazi stronghold in WWII and housed U.S. troops after the war. In the southwest corner of this historic site is Stiftskirche. The Collegiate Church was built in 1739. This decorative clock tower was added in 1772. Since 1921, Holy Cross Church has been the garrison church of Vienna.