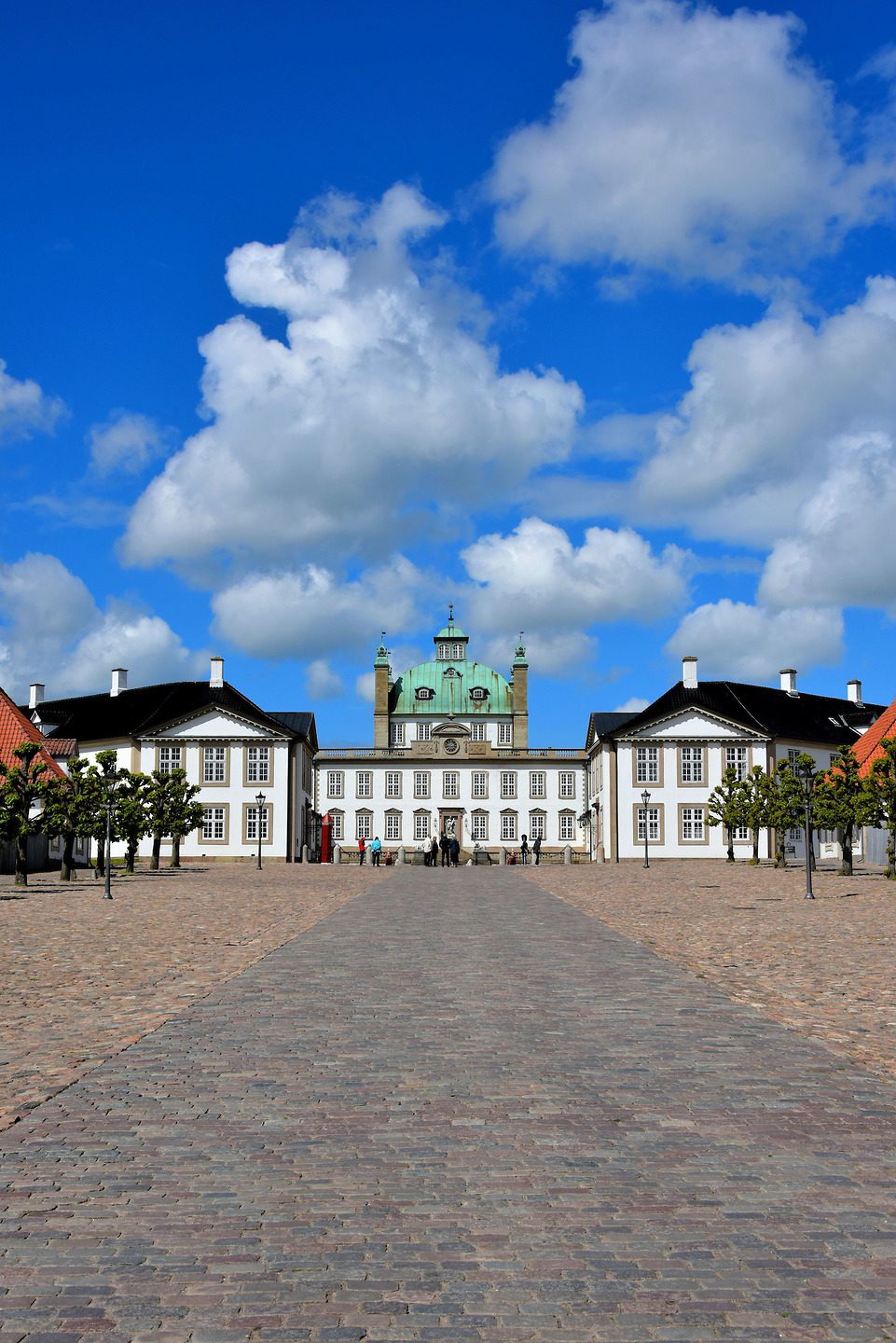 This long cobblestone pathway leading to the Fredensborg Palace is more than just an impressive approach. Historically, the slot was built on the 300 acre Østrup farm as a hunting reserve. Emulating from the royal building was a series of long shooting lanes. This configuration was called the hunting star or jagtstjeme. This southern passage was originally constructed during the 1770s.