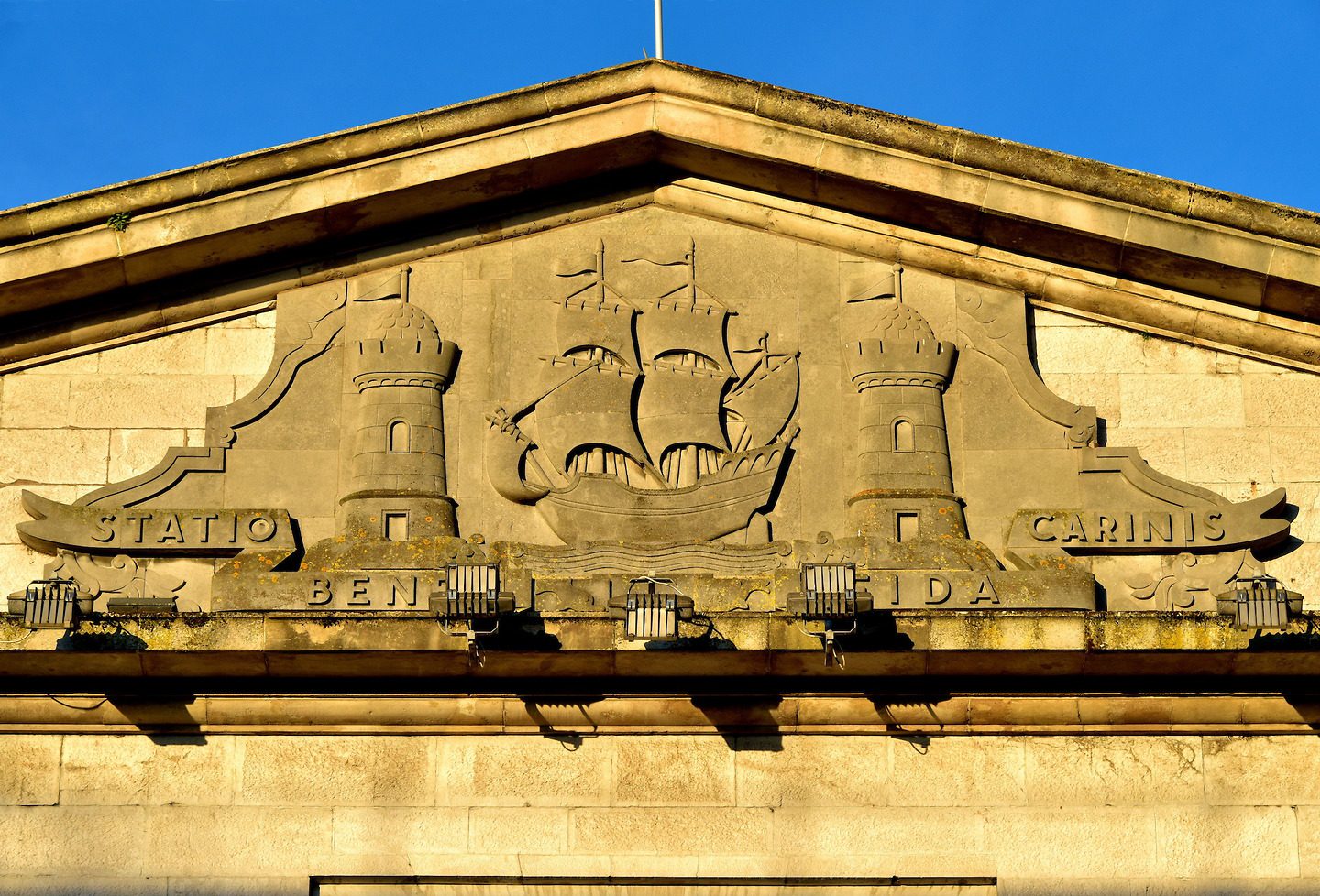 Beneath the roofline of the Custom House near the port is this relief of the city’s coat of arms. The crest features a sailing ship with three masts between two castle towers. In English, the banner reads, “A Safe Harbour for Ships.” Built in 1819 based on a design by Abraham Hargrave, the building has housed the Cork Harbour Commissioners since 1904. However, it was announced in May of 2016 that this landmark on Custom House Quay is for sale.