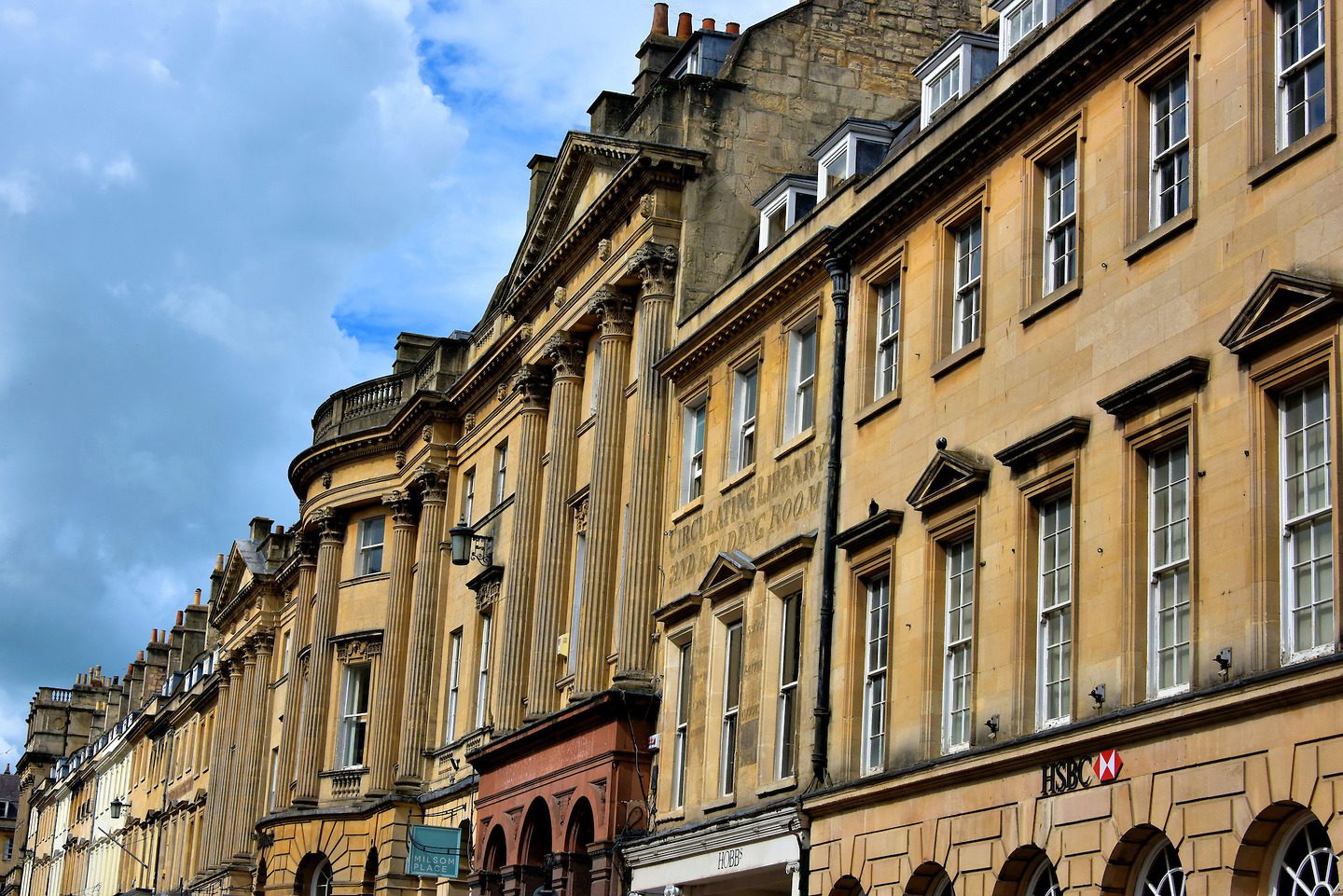 There were about 600 circulating libraries across England by the end of the 18th century. Most towns were lucky to have one. But Bath had ten to serve the growing influx of leisure visitors. The most elaborate was on Milson Street. James Marshall and Samuel Pratt opened their reading room in 1787. It catered to the elite and famous including royalty, nobles, knights plus military and religious leaders. As tourism declined in Bath, however, so did the circulating libraries. By 1820, many of the original establishments were gone.