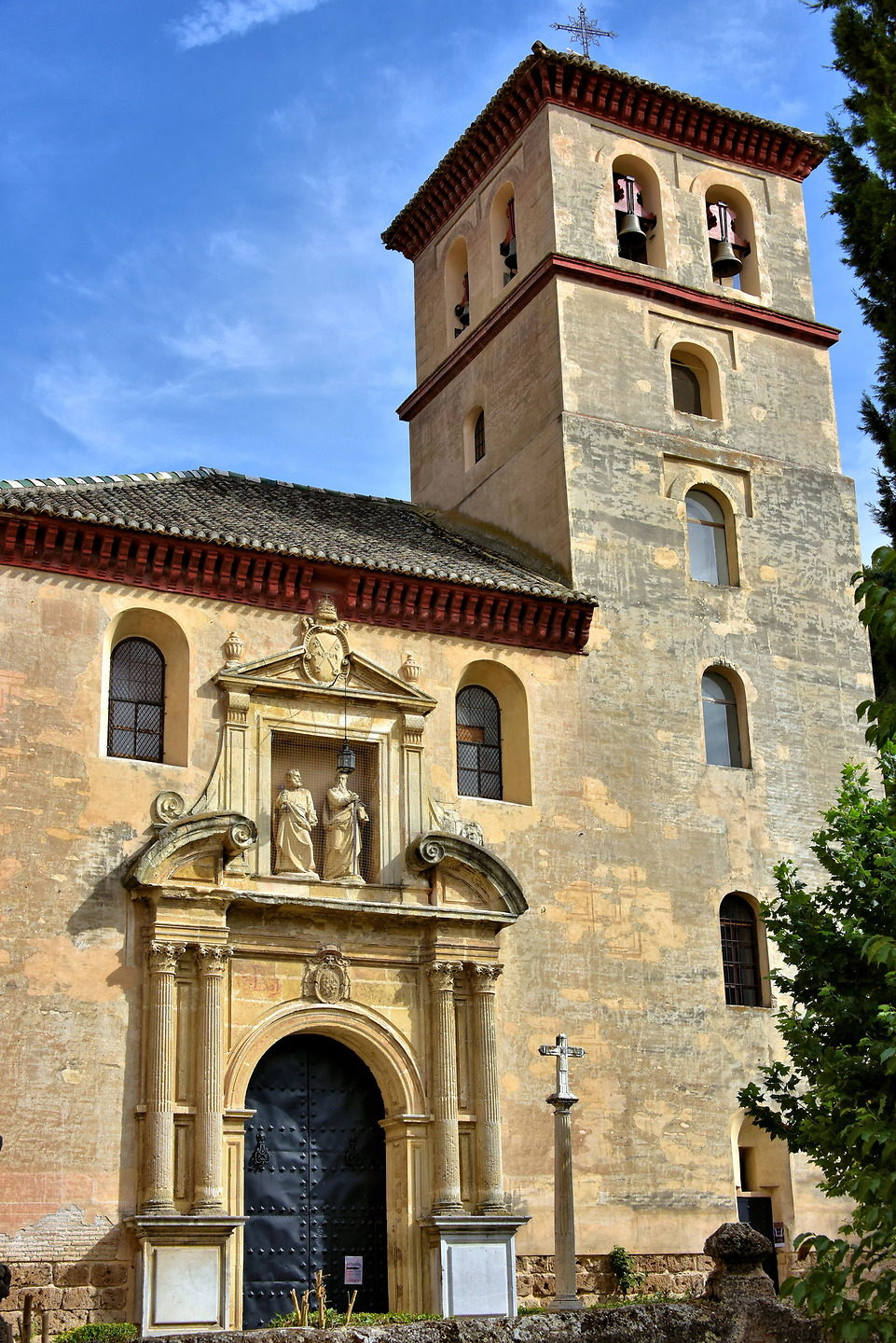 The Church of St. Peter and St. Paul was the last Catholic church built in the 16th century. The blend of Mudéjar and Renaissance styles was drafted by Juan de Maeda. He was a prolific designer of churches in Granada during the mid-1500s. He was also the master architect for the Cathedral of Seville. The façade of Iglesia de San Pedro y San Pablo was sculpted by Pedro de Orea and finished in 1589. In the niches are statues of St. Peter and St. Paul. The relief above them portrays Simon Peter’s keys of heaven.