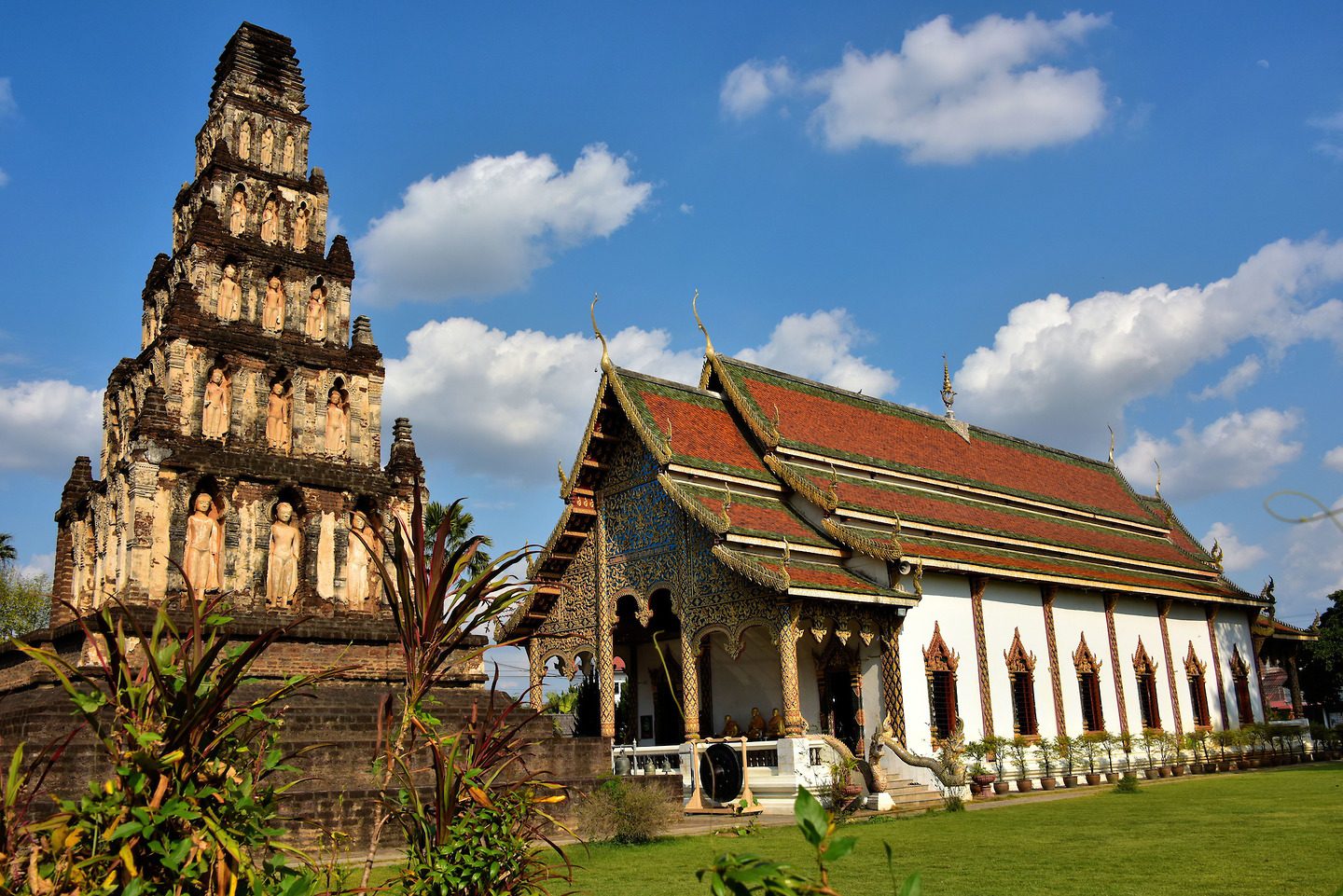 Here are two of the major structures at the Buddhist temple named Wat Chamthewi in Lamphun, Thailand. On the right is the main viharn with a two-tiered, red and green roof that is decorated with snake-like finals called lamyong. On the left is the unique, stepped-pyramid shaped Chedi Kukut. It was built at the end of the Mon Kingdom in the 11th century.