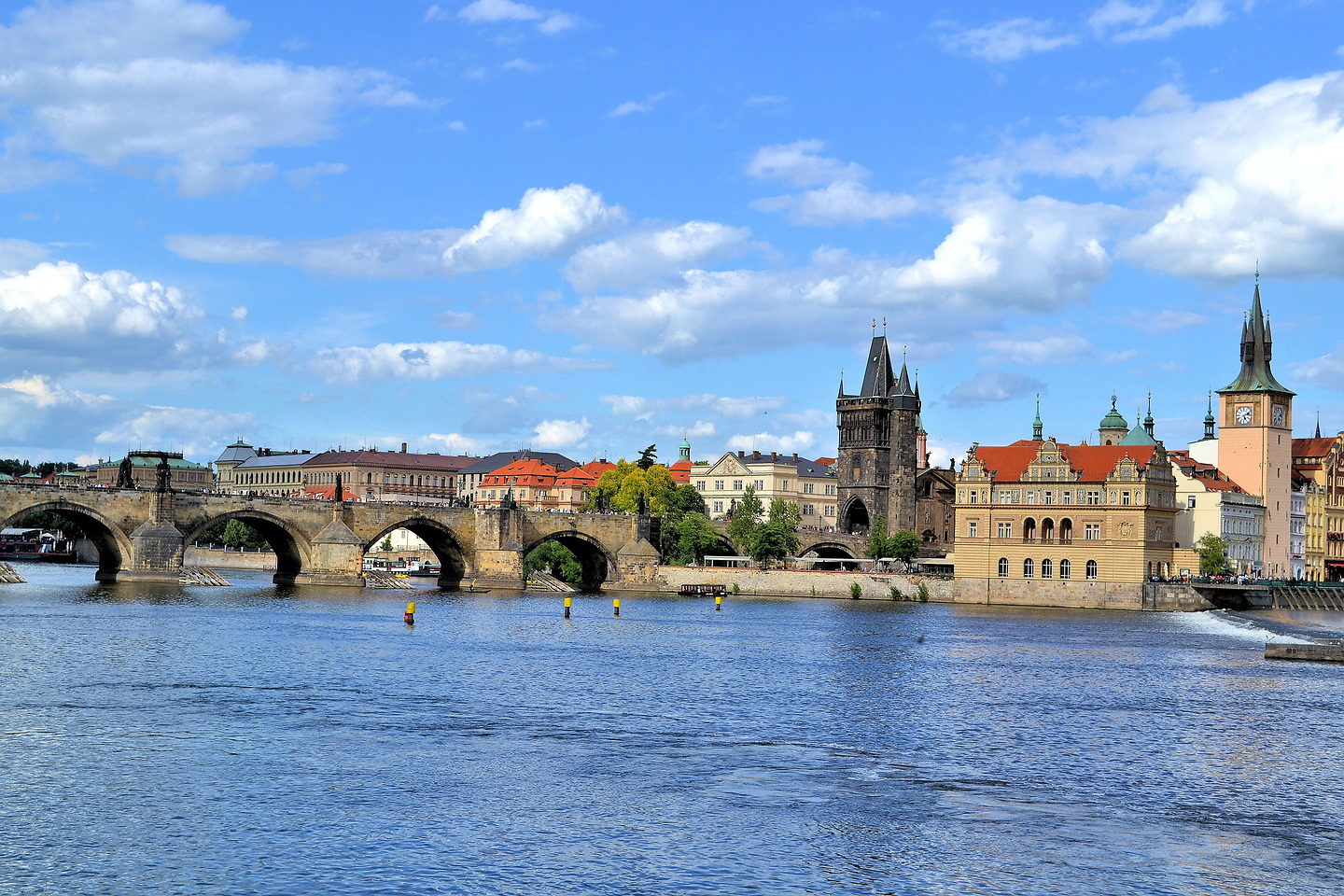 This iconic view of Prague shows the Charles Bridge spanning the Vltava river as it connects with Old Town. Staré Město became a walled-in settlement after it was founded in the 9th century. Holy Roman Emperor Charles IV commissioned this namesake bridge after its predecessor, the 12th century Judith Bridge, was crippled by floodwaters in 1342. The designer was Petr Parléř, the same architect who created its eastern gate, the Old Town Bridge Tower in the center of the photo. Construction of the 16-arch bridge was finished in 1402. After an extensive restoration ending in 1978, Karlův most has been restricted to pedestrians. This very popular landmark is typically packed with camera-ready tourists taking photos of the 30 sculptures lining its 1,692 foot length.