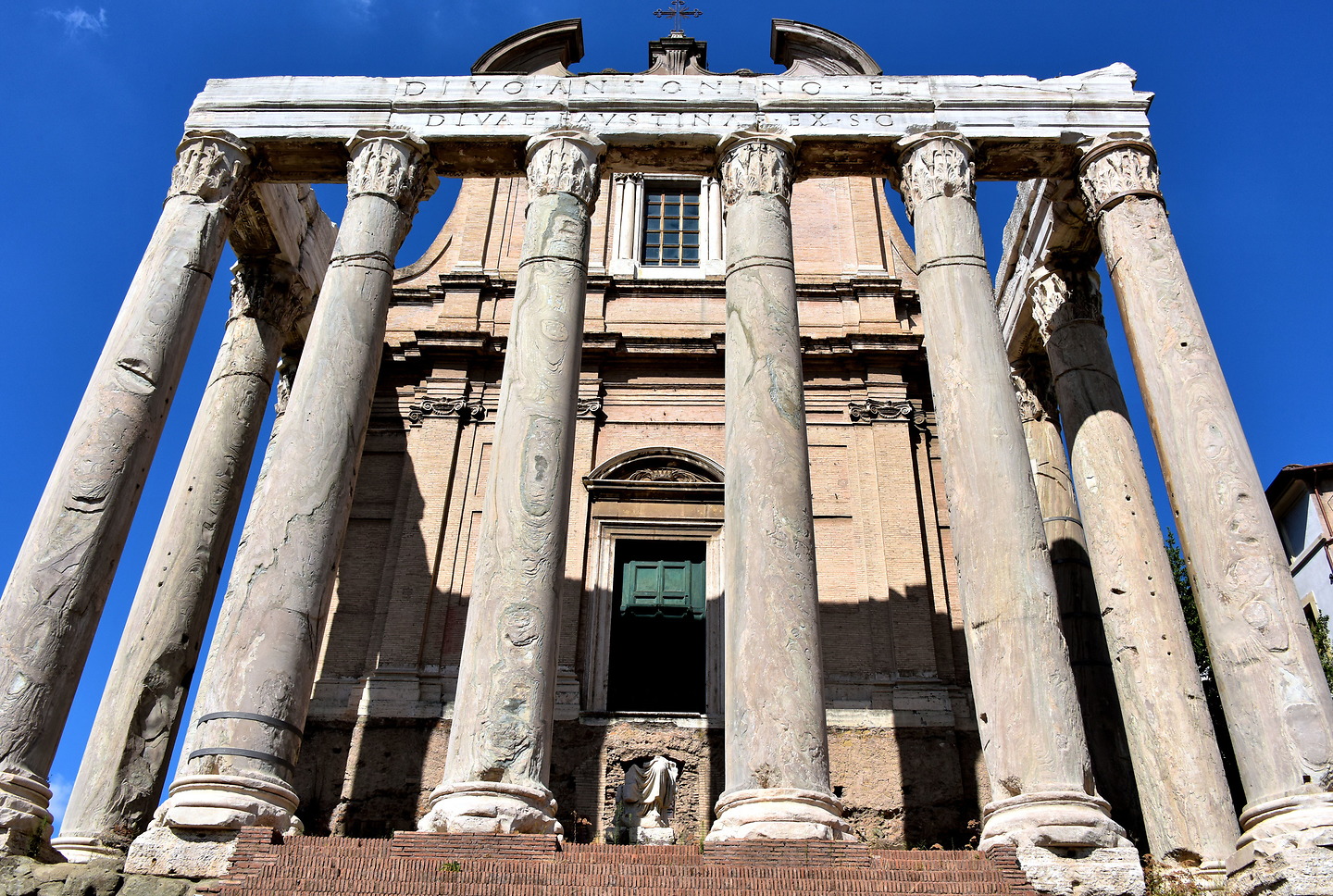 The assassin reached the rendezvous point. While staring up at eight massive Corinthian columns framing the second century Temple of Antoninus and Faustina, he dropped to one knee and made the sign of the cross three times. Roman Emperor Antoninus Pius commissioned this massive tribute to his wife Faustina after her death in 141. When he died 20 years later, it was renamed the Temple of Antoninus and Faustina. During the early 7th century, the temple was repurposed as the San Lorenzo in Miranda church. St. Lawrence was martyred in 258 and, according to legend, hid the Holy Grail (Last Supper chalice) from the Romans.