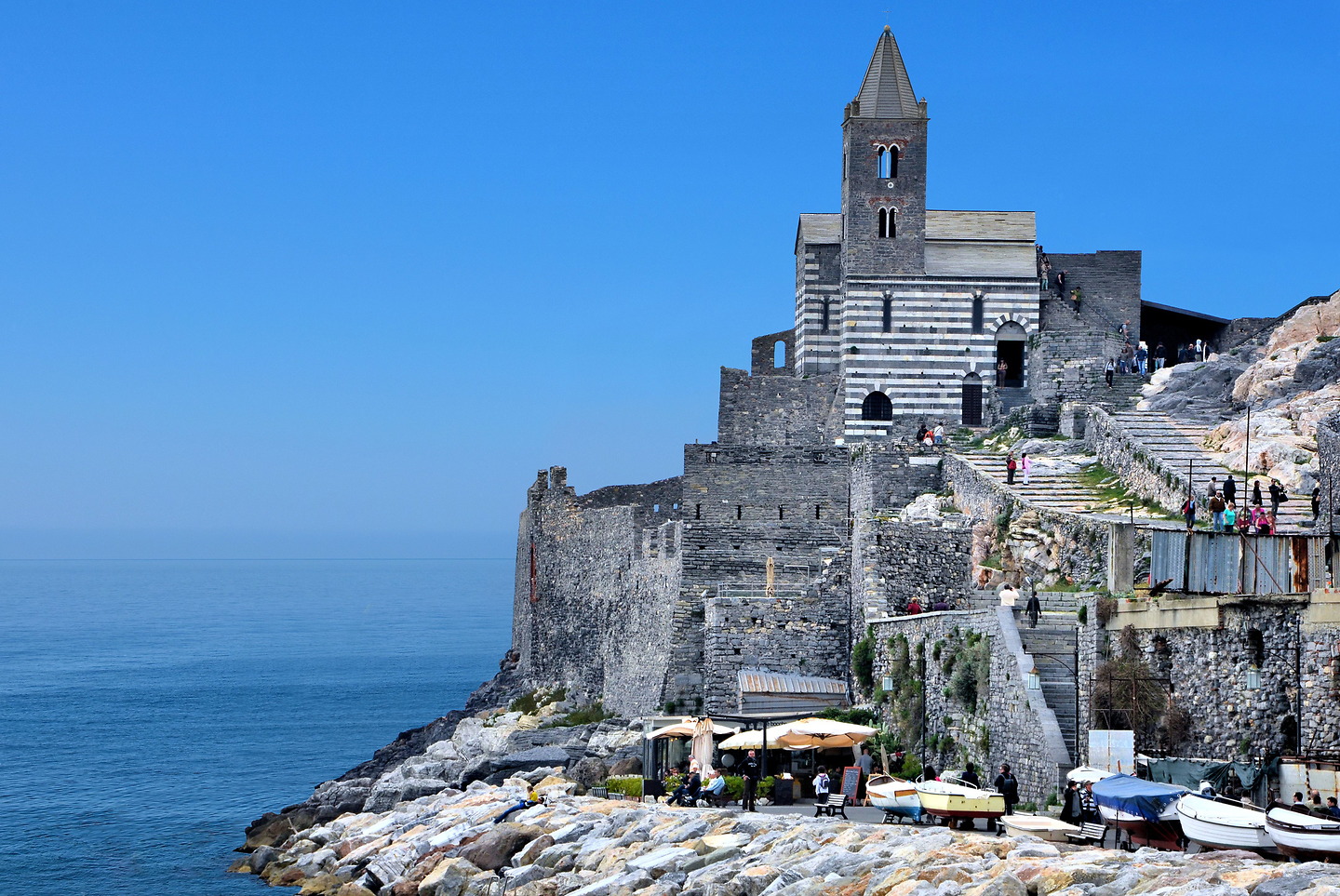 At midnight, they met on a rocky point at the end of Portovenere in front of Chiesa di San Pietro, a small Catholic church with a history dating back to the fifth century. In the late-12th century, it was a temple to goddess Venus Erycina. The unique black and white striped façade of the Church of Saint Peter was built by the Republic of Genoa circa 1270.