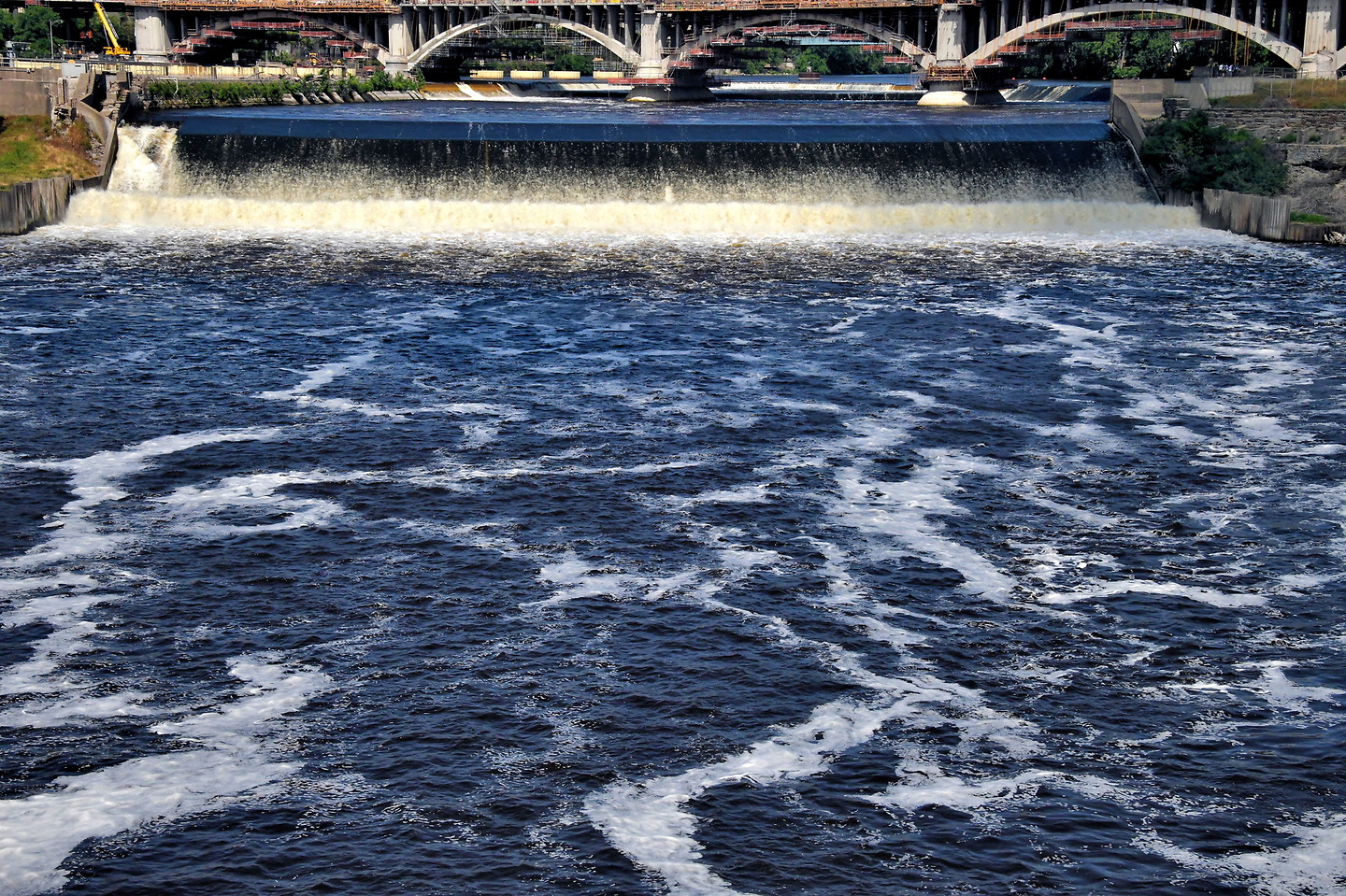 “Over there are the upper dam and locks of Saint Anthony Falls, the only natural waterfall on the Mississippi.” The falls were discovered in 1680 by missionary Father Louis Hennepin. His last name is the county where Minneapolis is located. During the second half of the 19th century, the power of the 49 foot drop was harnessed by milling operations, resulting in the city’s nickname, “Flour Milling Capital of the World.” The Upper Dam still services two hydroelectric plants.