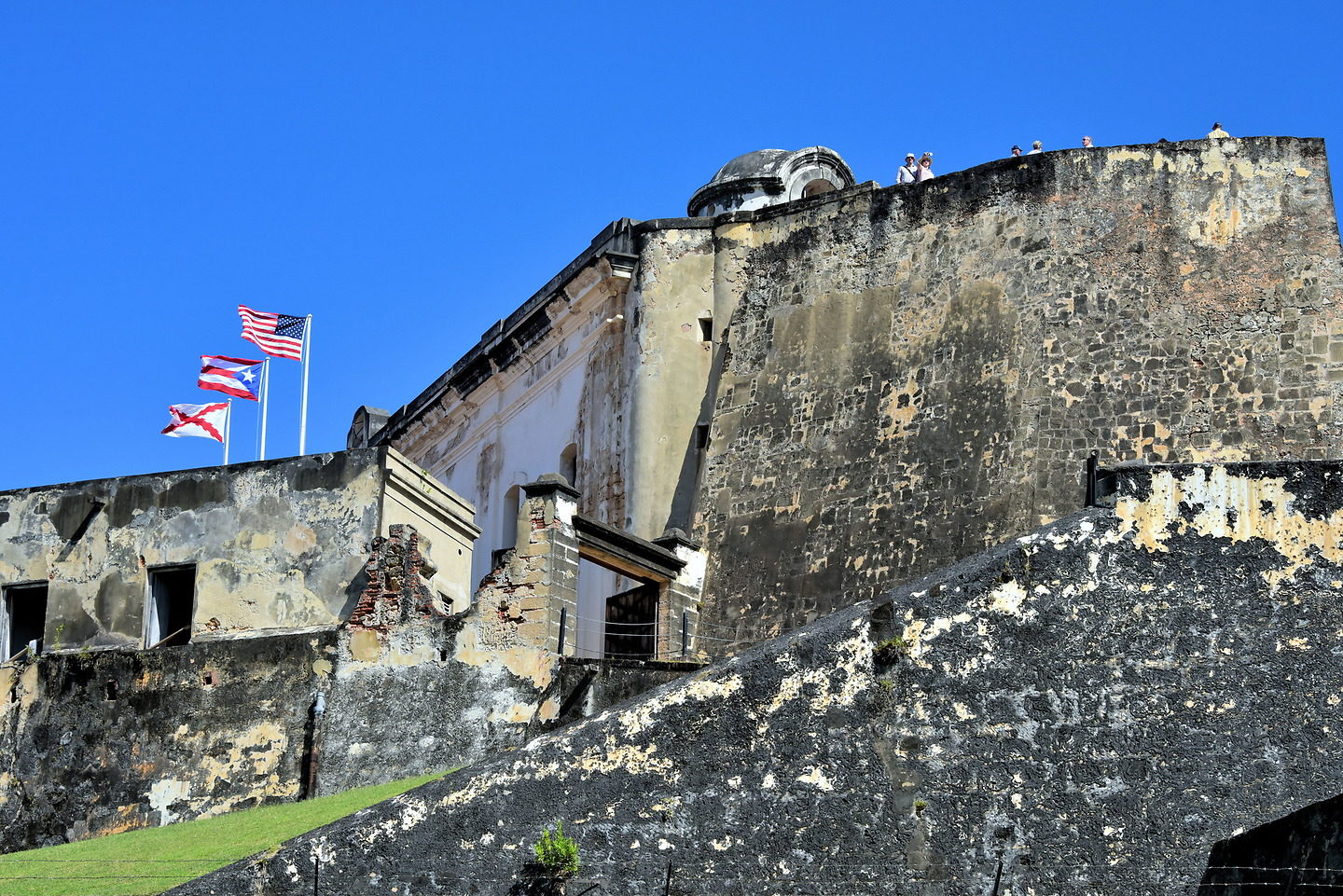 During the 16th through the 18th centuries, the Spanish built countless fortresses in the Caribbean and South America. The largest was Castillo San Cristóbal (Saint Christopher Fort). This formidable defense spanned 27 acres of Old San Juan. Fort San Cristóbal was constructed from 1765 until 1783, a remarkably short time for such a huge undertaking. The citadel engaged in battle twice. The first was in 1797 when a British onslaught was repelled. The second was 101 years later when their cannons fired against the USS Yale. This ill-fated move engaged Puerto Rico into the Spanish-American War. Before the end of the year, Spain ceded Puerto Rico to the United States in the Treaty of Paris. Notice the three flags. They represent the United States, Puerto Rico and the Spanish Empire. Do not miss visiting this San Juan National Historic Site. The fort is also designated a UNESCO World Heritage Site.