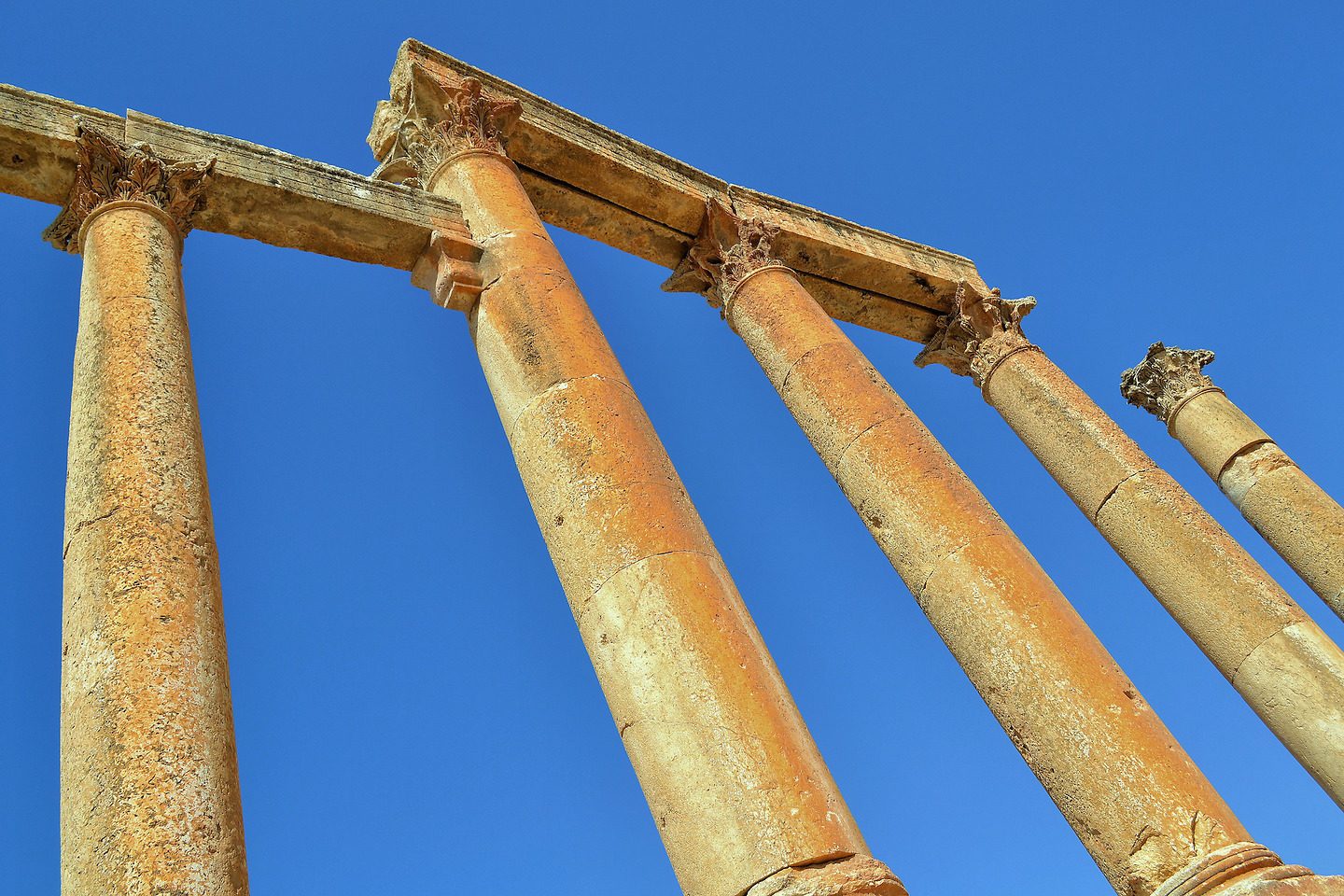 Around 170 AD, when the Cardo Maximus (main street) was widened to 40 feet, Corinthian columns replaced earlier Ionic ones. These columns were progressively taller in the southern part of Jerash until the pedestrian reached the Macellum. Only a few of the capitals still support an architrave. These horizontal beams, also called an epistyle, were part of a structure that once canopied the city-center sidewalks.