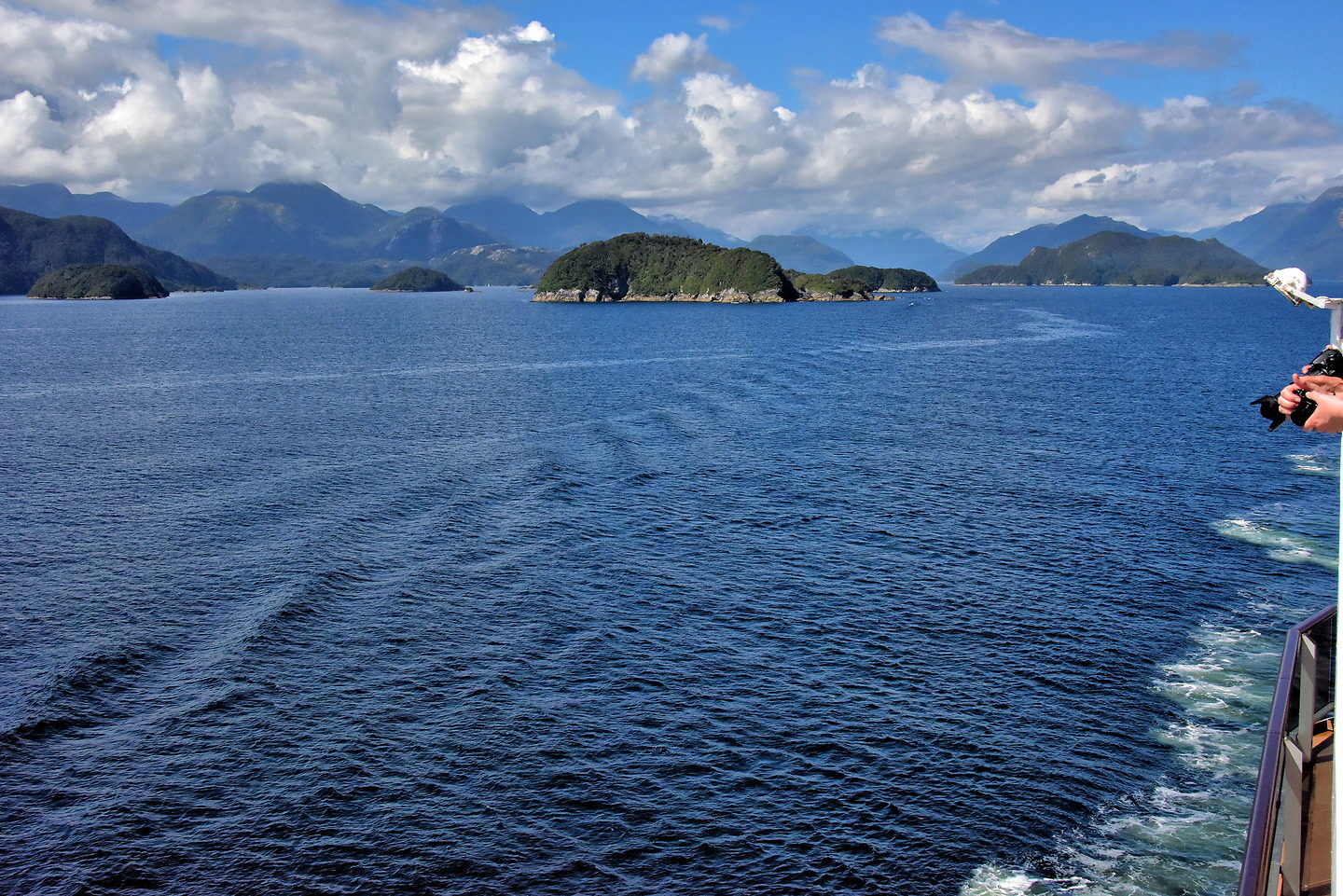 Until the late 18th century, people believed the unexplored land in the Southern Hemisphere must match the northern continents they knew. James Cook, a captain in the Royal Navy, was commissioned to test this theory called Terra Australis. During his first expedition (1768 – 1771) aboard the HMS Endeavour while circumnavigating New Zealand, he discovered these waters on March 14, 1770 and named them Dusky Bay. His ship the HMS Resolution returned during his second voyage (1772 – 1775) and moored at Pickersgill Harbor just south of Dusky Sound for six weeks in 1773. His detailed mapping provided the names of all the features you see here. From left to right, they are: Five Fingers Peninsula (part of Resolution Island) and the islets called Petrel, Anchor, Seal, Many, Normans and Indian Islands.