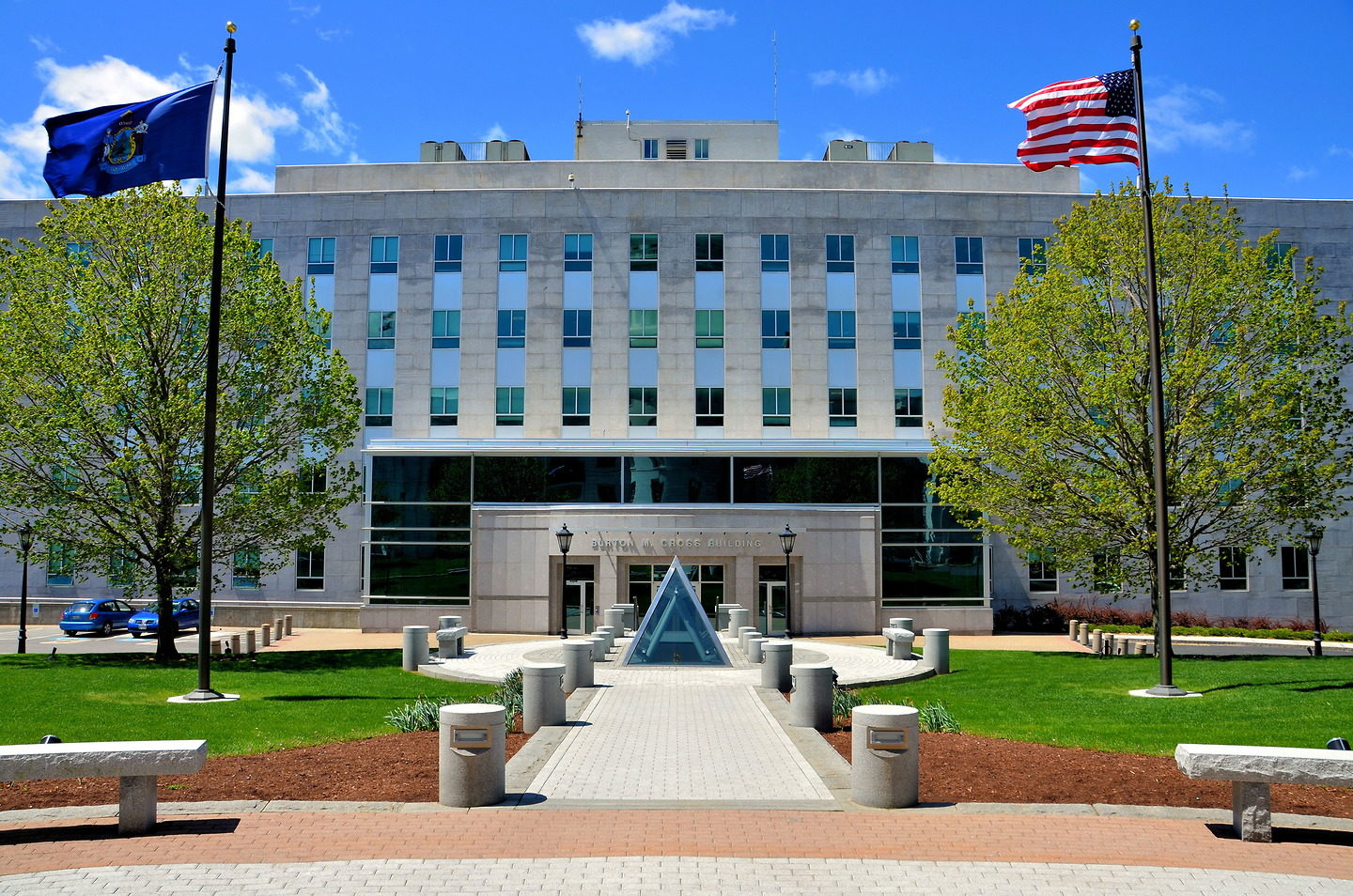 One of the youngest structures in Augusta’s Capitol Complex Historic District – which includes the State House, the Governor’s Mansion plus two former homes and the Nash School built during the 1800s – is the Burton M. Cross Building. The Maine State Office Building was constructed in 1952 and renamed in 2001. Burton Cross was a Republican who served in the State House of Representatives and Senate before becoming Maine’s 61st Governor in 1952. Among the government offices located here on Sewall Street are the Secretary of State.