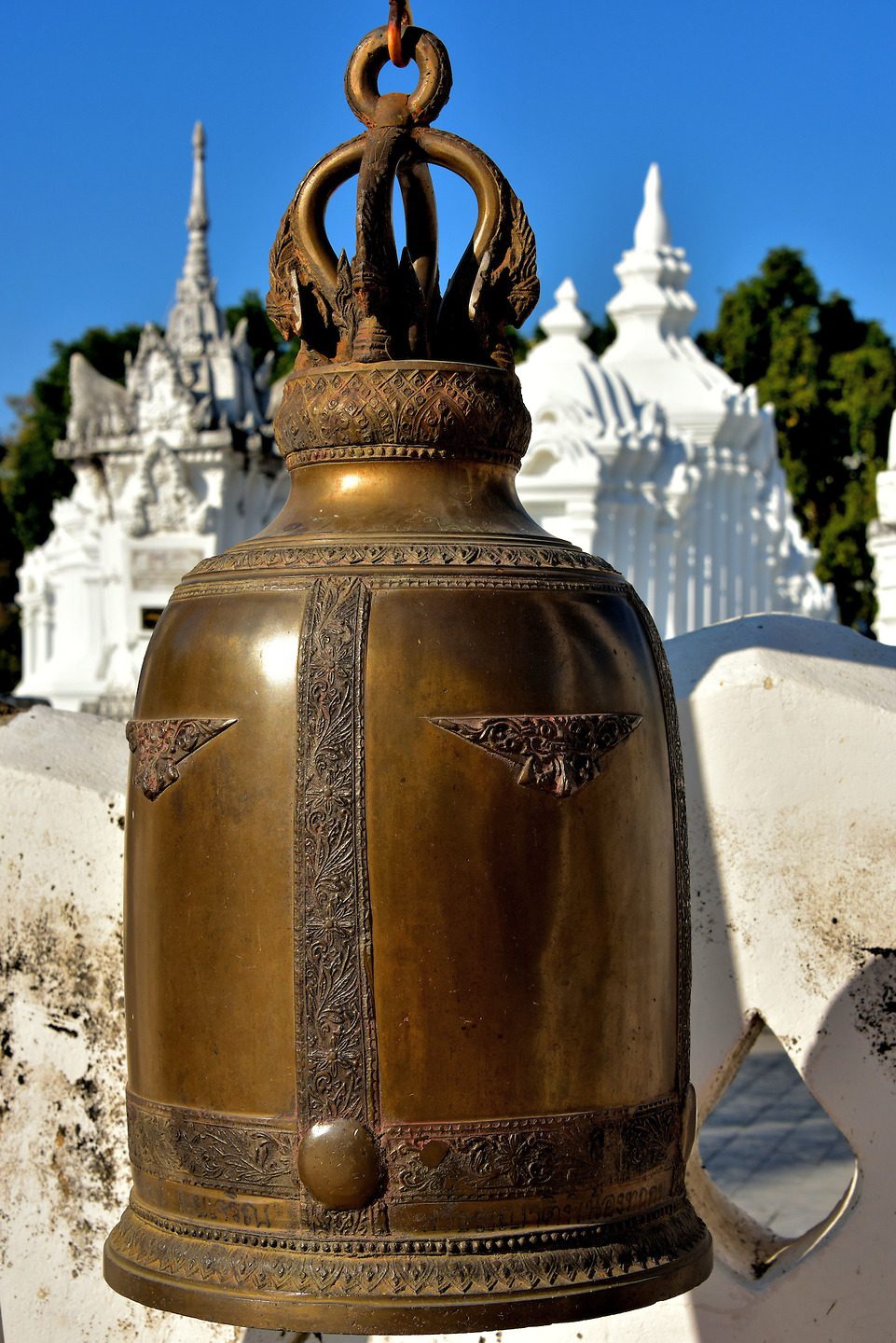 This bronze, lotus-shaped temple bell is the largest of several around the perimeter of the Chet Ton Dynasty royal mausoleums at Wat Suan Dok. Called a bonshō, they are often seen at Buddhist temples in Thailand. They do not have a clapper but instead are rung with a mallet and in some cases are used to summon monks.