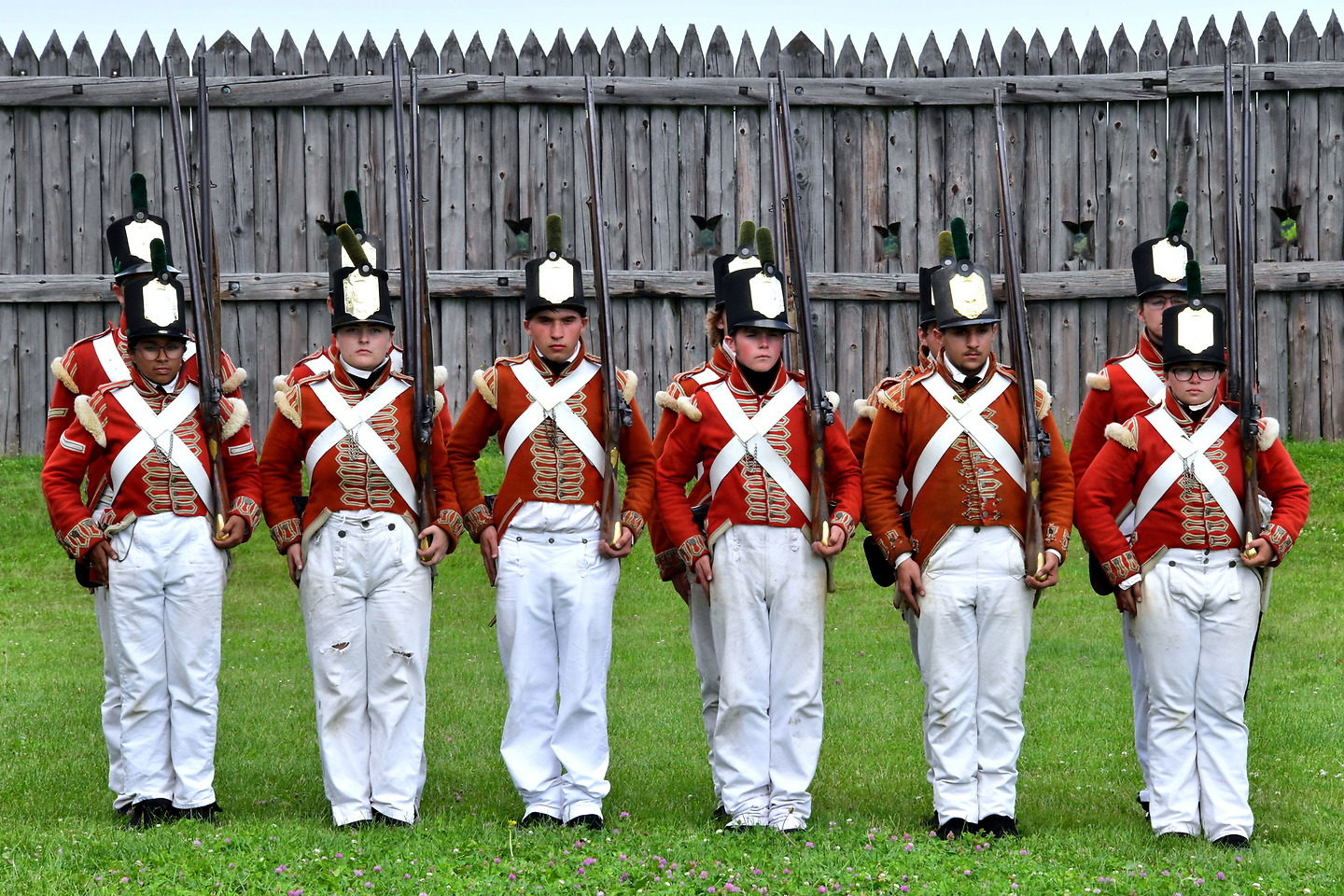 The British soldiers stationed at Fort George during the War of 1812 were from the 41st Regiment. They wore the traditional red coats. This squad marching in formation is one of several reenactments your camera can photograph during your visit at this National Historic Site of Canada. The fortress was built at the end of the 18th century. The name honored King George III of the United Kingdom. It was the headquarters for Major General Isaac Brock before he died at the Battle of Queenston Heights in 1812. The Americans overpowered Fort George in May of 1813 and then abandoned it in December. Afterwards, the British occupied the fortification again until 1815. There are 14 buildings at Fort George for you to explore. All of them were reconstructed during the late 1930s. Only the Powder Magazine is an original structure.