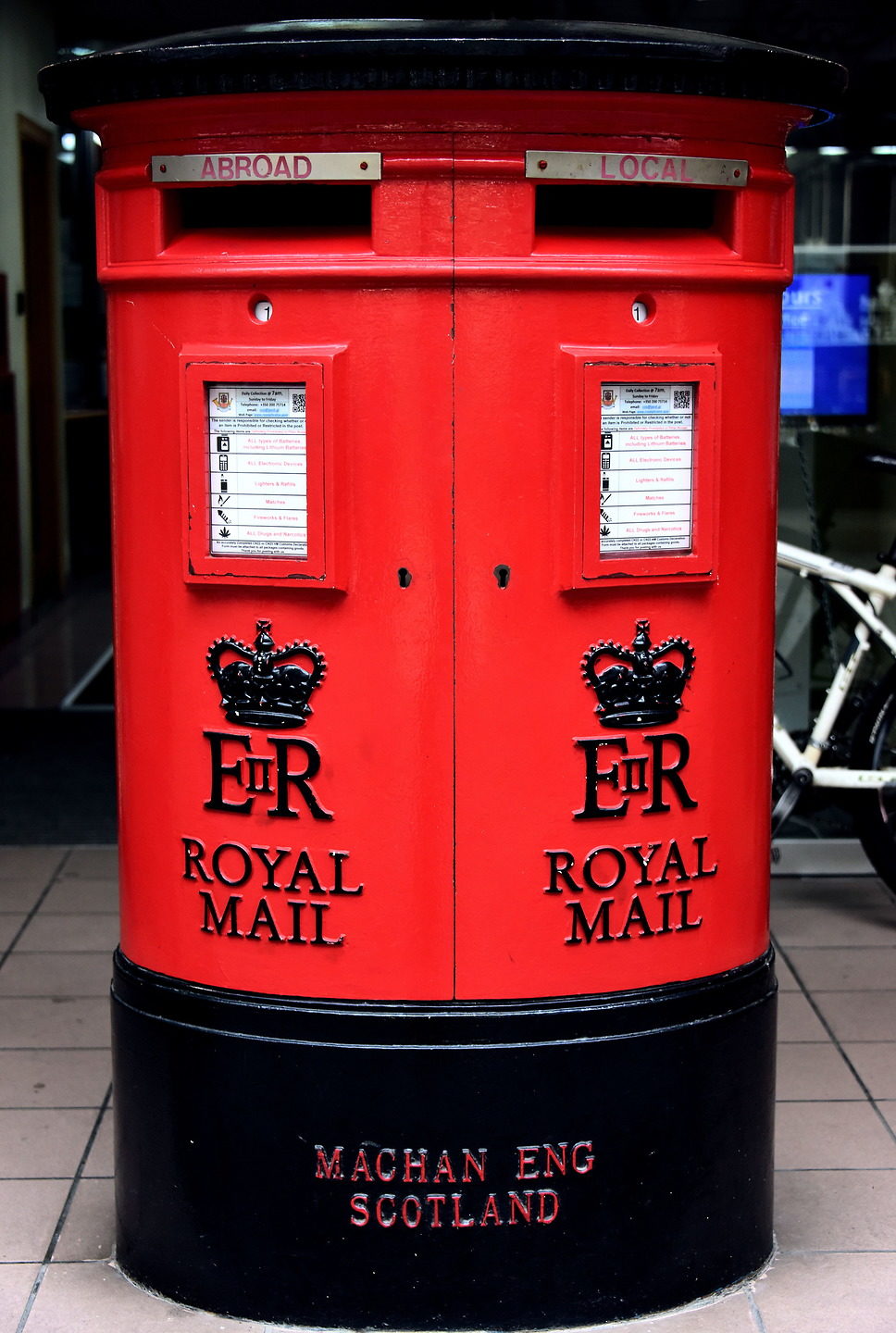 Recognizing a red, cast iron British pillar box is easy, despite the 150 different designs since they were introduced in the United Kingdom in 1852. Those sent to British Overseas Territories had a black top. They typically have a single mail slot. This one with a double aperture bears the E2R Royal Cypher of Queen Elizabeth II. It is positioned outside of the Royal Gibraltar Post Office on Main Street. This has been the main post office since 1858. You will discover other models of British post boxes in Gibraltar. They represent the reign of each monarch since Queen Victoria.